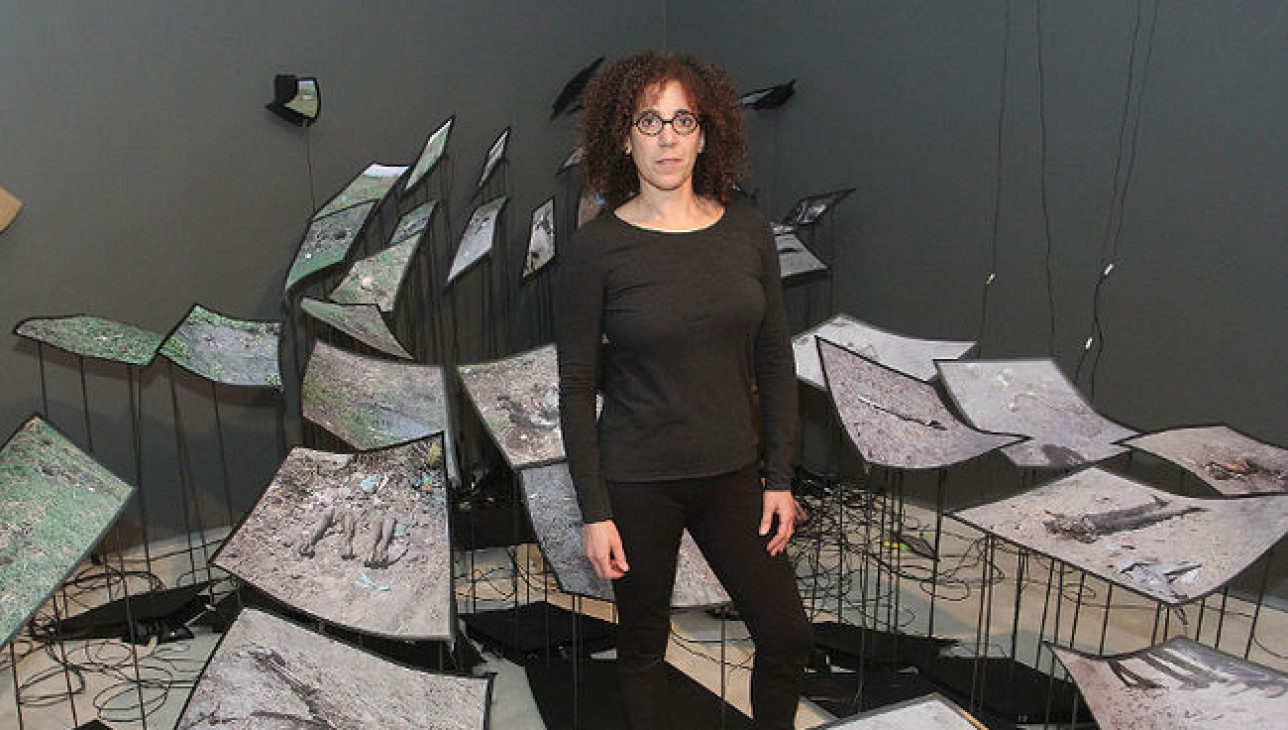 Art is often viewed as a transformative experience, and for installation artist Nichola Feldman-Kiss, creating it was, too.

Feldman-Kiss is one of three artists whose work is being shown as part of the upcoming exhibit, “Terms of Engagement,” which opens at the Agnes Etherington Art Centre next week.

Each artist was embedded with the Canadian military in a conflict zone as a part of its Canadian Forces Artists Program.

Feldman-Kiss — whose work, in this exhibit, consists of 61 digital photographs mounted on to dowels and plastic, and those photos are illuminated using electro-luminescent ink — spent a month or so in 2012 in Sudan.

“What I came to be aware of is that there are certain conflicts out there in the world that I could not make head or tail of no matter how much research I did, no matter how diverse my alternative or mainstream my sources were, no matter how much history I read, I was still not going to be able to make sense of them,” she explained.

“So I was really driven to make sense of something, and Sudan was the most, the longest, pervasive, most complicated, least-understood, least-talked-about (conflict).”

She was also drawn to learning more about trauma.

Feldman-Kiss was drawn to the theme of protection, and, in order to examine it, she figured she had to learn about doing so herself.

“We did practice scenarios,” she said of the HET course. “I used to be a lifeguard when I was a teenager, you know, and we had fake drowning victims? So we had fake, theatrical human rights abuses and scenarios like that to deal with. It was very intense.”

Then it was on to five to six weeks of pre-deployment training, which she said was “a different project in itself.”

“It threw me completely me out of my comfort zone,” explained Feldman-Kiss, who for five years was a resident artist at the National Research Council in Ottawa.

“I’m an anti-military person, a non-intervention person, a self-determination person. So it was completely outside handling munitions, small arms, and IEDS, and learning about suicide vests. So we learned about typical Afghanistan stuff and a little bit about civil society stuff.”

The experience, including her training, changed her opinion about the military, Feldman-Kiss feels.

“I just didn’t feel like those sort of lofty opinions that I had about the military were necessarily relevant at the most granular, individual person level,” she explained. “And there were people of all degrees of sophistication and education and, you know, it was just a micro-society.”

The Sudan trip also changed Feldman-Kiss’ perspective, and she immediately wanted to get back into the field upon her return.

“I came back with being deeply saddened, completely lost my idealism, became much more practical,” she explained.

“I’m really not about wasting my time.”