Currently on view in Humour Me, Emily Carr’s playful drawing is a recent cherished donation, produced around the time that she was teaching children’s classes in Vancouver. Billie the sheepdog and Sally the cockatoo often accompanied Carr on sketching trips—in the city with her young charges and along the BC coast. The pets were also recurring characters, or caricatures, in her autobiographical illustrations. In this elegiac ballad, Billie, Sally and Carr herself mourn the death of a goldfish. Carr uses the same nom de plume as in her political cartoons for local newspapers.

The drawing was owned by Ada Schwengers McGeer, who grew up in Victoria down the street from Carr. In 1938, McGeer was hired at the newly founded Canadian Broadcasting Corporation, one of the few women producers. Embedded in BC’s cultural world, she kept in touch with Carr for the rest of the artist’s life. The drawing remained in McGeer’s family until after her death and was donated in 2020. 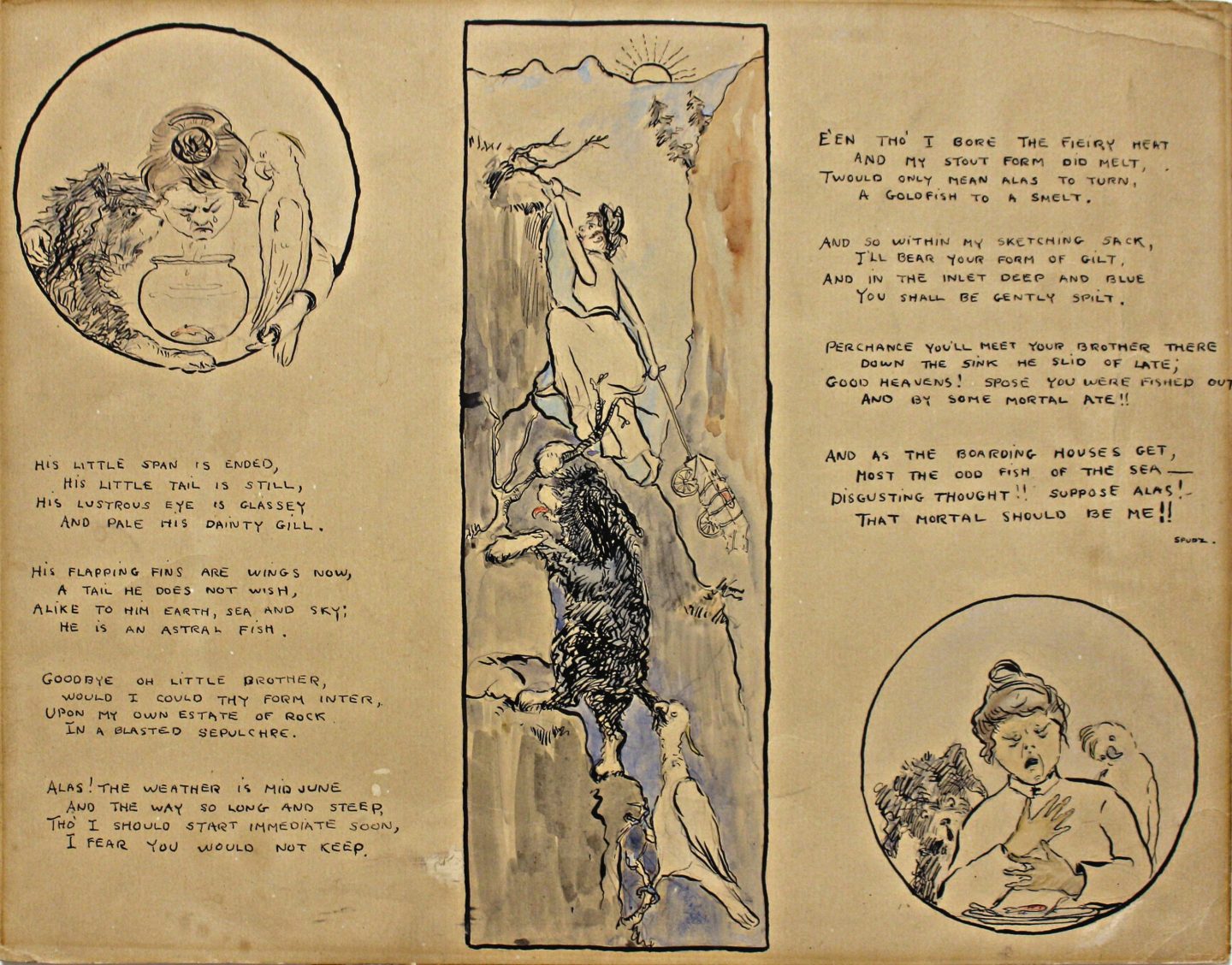