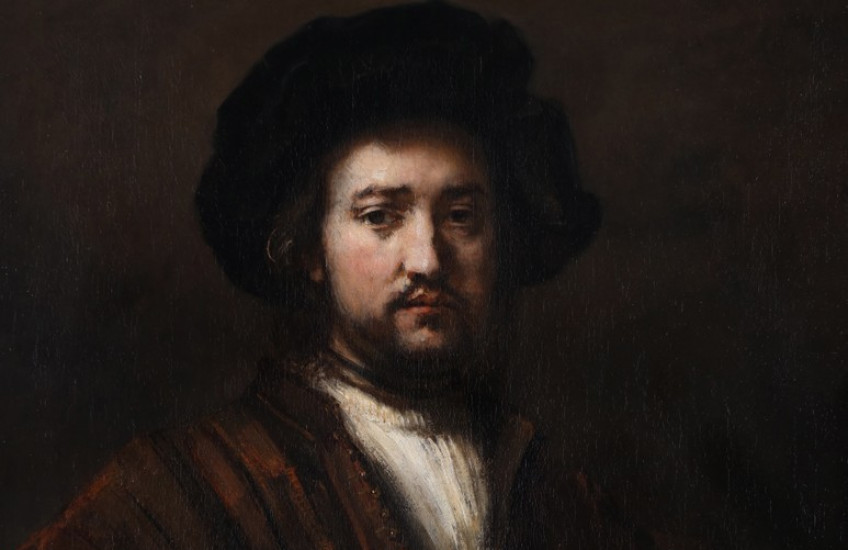 One of history’s most influential artists, still relevant today

Three-and-a-half centuries later, it might be the best time to celebrate some of the artist’s finest work. In Kingston, the Agnes Etherington Art Centre holds five original Rembrandt pieces, including “Portrait of a man with arms akimbo,” and a self-portrait sketch.

Rembrandt van Rijn, born in the present-day Netherlands in 1606, is considered to be one of the greatest artists that ever lived. He was a drawer, painter, and printmaker, and his consistent ability to produce intense, captivating portraits are proof of his talent and voice.

Despite being a university drop-out, Rembrandt achieved renown in his lifetime—a rare accomplishment in art.

Working as an apprentice to other painters, Rembrandt refined his skill and became a master of his craft.  A defining part of the Dutch Golden Age, his work dealt with religious, political, and social themes. His portraits of regal, high class individuals show viewers what the men who ruled looked like throughout history.

His work at the Agnes, “Portrait of a man with arms akimbo,” is of an unnamed, unknown man with a stoic expression. He looks ahead, making eye contact with the viewer with an arresting gaze. The painting is done in dark, muted colours, adding to the shroud of mystery surrounding the man.

Meanwhile, his self-portraits are some of his most famous work. The painting titled “Self-Portrait as the Apostle Paul” mixes his focus of religion with his self-image. The man in the painting looks out to the viewer with an engaging expression. Eyebrows raised, lips pursed, eyes-wide, he appears to be mid-conversation with the viewer.

His self-portraits aren’t vain. He shows himself as he must’ve seen him: unsymmetrical features, wrinkles, grey and unkempt hair.

It adds to the hyper-life-like appearance of his work.

Rembrandt’s ability to create life-like and visually compelling details while simultaneously creating a suggestion of movement is a testament to his skill.

It appears  in “The Blinding of Samson.” The painting depicts the Philistine soldiers stabbing out the eyes of Israelite warrior Samson—a legendary figure in the Bible’s Book of Judges.

The soldier’s knives are plunging into Samson’s eyes—but are painted like they’re in motion. Meanwhile, a woman is mid-turn as if fleeing behind the men in the painting’s background.

Rembrandt’s works often show subject matter that is hard to look at, but it’s a sign of his dedication to his craft—always examining life and depicting it honestly.

Today, Rembrandt’s work is celebrated all over the world. In the 350th year since his death, the Agnes is one of many museums presenting his work to remind people of his contributions to the art community.

Notably, the Rijksmuseum in the Netherlands is holding a year-long celebration with events and an exhibition called Year of Rembrandt.This celebration will include a guided tour of all Rembrandt pieces, a presentation of 22 paintings, 60 drawings, and over 300 of his prints.

While his work has been known and celebrated for centuries, this year offers a new take on remembering Rembrandt: even three-and-a-half centuries after his death, his work is still appreciated.

Through the generosity of the Baders, Queen’s students have the luxury of being in walking distance from his work. A quick stroll to the Agnes will bring you to face to face with some of Rembrandt’s most famous paintings.

Remembering Rembrandt’s work this year reminds us that effort, persistence, and dedication to passion are key ingredients to making art that stands the test of time.