Shows not to miss this fall at the Agnes 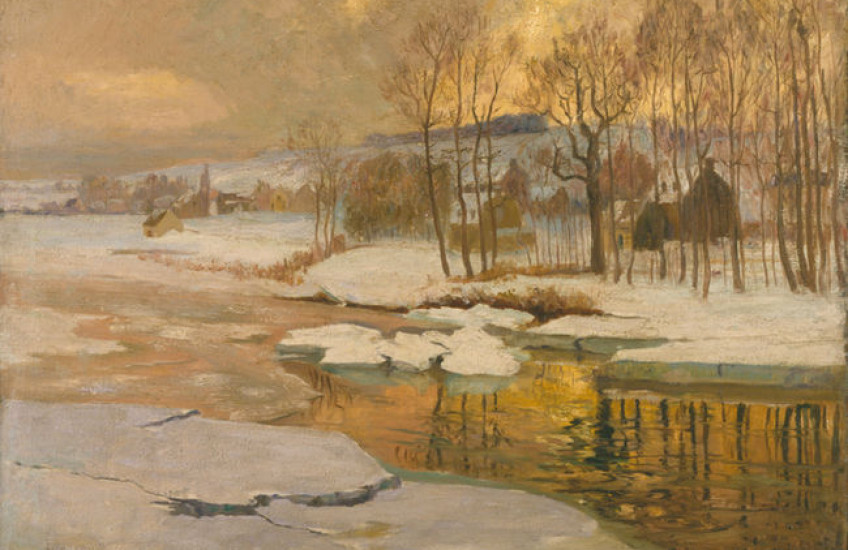 Kingston Penitentiary has long been a fixture on the architectural and societal landscape of Kingston, likely ever since it opened its doors in 1835. Closed in the autumn of 2013, tours of the now-empty structure were sold-out, short-lived events. For those who missed catching a glimpse of the inside of the infamous facility, you have the opportunity to view images of Kingston Pen while it was still occupied by paying a visit to the Agnes Etherington Art Centre. Geoffrey James’ striking photography is the basis of the exhibition “Geoffrey James: Inside Kingston Penitentiary,” on view until Dec. 7.

James’ mostly black and white imagery is many-faceted in subject, approach, and affect on the viewer. The photographs are striking architectural portraits, somewhat eerie atmospheric pieces, cool documentary images and psychological impressions. In them you will find the day-to-day routine of life in KP, as well as more intimate moments revealed by the inmates themselves and the marks left by them. It is an exhibition that is both sobering and fascinating.

In 1944 Queen’s University Principal Robert C. Wallace wrote: “The ministrations of art are for the mind, the heart and the spirit. They contribute to a unified life …” He was referring to the advent of an art collection for Queen’s, and to the work of the then five-year-old Queen’s University Art Foundation. This group, formed of several alumni and friends who believed in the importance of art to a rounded education, was instrumental in forming the nucleus of what would (eventually) become the collection of the Agnes Etherington Art Centre.

Over the course of its existence the Art Foundation acquired, through donations and purchases, paintings, prints and drawings that were presented to the university. The artwork was presented each year at Convocation through the 1940s, and had Canadian art as its focus. Given the time the work was being collected, this meant that Canadian historical art, as well as work by then-contemporary artists, was reasonably widely available. In the exhibition “Mind, Heart and Spirit: The Queen’s University Art Foundation,” on until Nov. 9, we are offered the pleasure of viewing many of the works acquired by the foundation, which include paintings by members of the Group of Seven, a group of four studies by Tom Thomson, a small portrait by Paul Kane, a c. 1906 landscape by Maurice Cullen, and a host of other work by well-known Canadian artists. The collecting efforts of the QU Art Foundation formed the nucleus of the Art Centre’s collection, and it is one with great depth and remarkable foresight.

Of no less importance than the art that formed the core of the Art Centre collection was the person, effort and influence of Agnes Etherington (1880-1954), who bequeathed her own house to Queen’s University and the Kingston community for use as an art centre. Etherington was a great patron of the arts, contributing the significant Constantine collection of northern Indigenous art (featured in this column on Aug. 20, 2011) to the Art Centre, as well as fostering the art programming at Queen’s from the 1920s through the 1950s. As an added bonus, the Agnes Etherington Art Centre also acquired fashions from Etherington’s personal wardrobe.

“Artful Dressing: The Fashions of Agnes Etherington” exhibits several examples of clothing dating from the early 1900s to the late 1930s, and each piece also showcases Etherington’s unique sense of style. Never a slave to fashion trends, Etherington’s personal, impeccable taste is revealed in custom-made gowns and casual wear that she herself felt most comfortable in, though often with a nod to currents styles. She was noted for her elegant attire and love of fine clothes, and here you can appreciate the quality and deceptive simplicity of many of her garments. Her lavish wedding gown is especially notable, as is a shimmering, sequinned “peacock” evening gown. The clothing on display also reflects societal interests and fashion trends of the time, such as the then-exotic Egyptian motifs on the interior of a sumptuous cocoon coat, reflecting the recent discovery of the tomb of King Tutankhamen. Fashionistas and anyone who appreciates quality-crafted material, as well as a slice of fashion history, can enjoy this show until Nov. 9.