Tuesday 25 January
-10°C and Light Snow
Agnes is currently closed and will reopen on 8 February 2022. 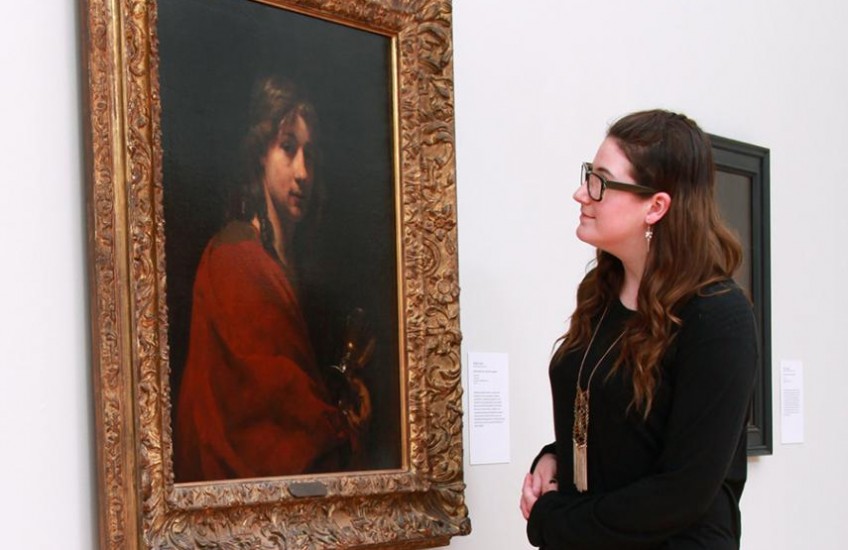 Since 1967, The Bader Collection at the Agnes Etherington Art Centre has grown to more than 200 artworks, including three Rembrandts. The Baders have aimed to create a collection at Queen’s that can be studied and enjoyed by students, scholars and the general public.

In this issue, students and professors explore the paintings from The Bader Collection on display at the exhibition Singular Figures: Portraits and Character Studies in Northern Baroque Painting.

“The technical skill is incredible,” she says of Drost’s work. “If you look at the chalice, you can see the reflection of his clothing in it. And the use of the artist as the sitter is really intriguing. It’s not necessarily a self-portrait, it’s more of a character study. I don’t think he is saying that he is actually saint-like: I think it’s more about his skill and his practising representation. You can see a lot of the artist in his technique.”

“Notice his parted lips,” she says of the portrait. “This follows a convention of the time of a ‘speaking likeness.’ The greatest praise you could give to a portrait was that it looked like it was about to speak. He looks like is about to speak to us, as if he is aware of us.This activates the relationship between the viewer and the sitter. He really looks like we’ve interrupted him in the course of what he was doing.”