Wednesday 12 May
9°C and Few Clouds
Agnes will remain closed in compliance with the province-wide lockdown to curb the spread of COVID-19. All online programming will continue as planned. 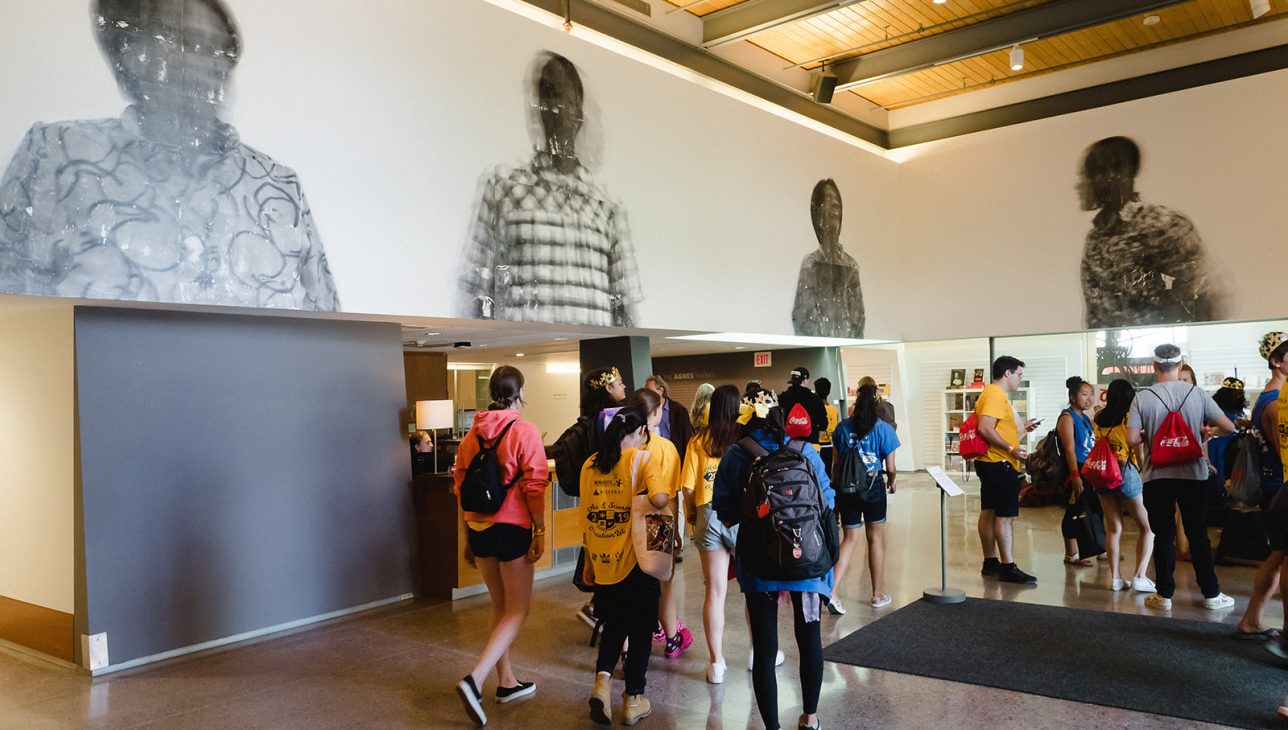 Last week, the Art Gallery of Ontario (AGO) released the first instalment in its AGOinsider Studio digital series. The episode features Jamaican-Canadians Matthew Rolfe and Antoinette Messam discussing the works featured in Blur — an exhibition of images by Canadian artist of Guyanese heritage Sandra Brewster.

Rolfe, whose performance name is Matthew Progress, is a rapper and has been described as being “at the forefront of a new wave of rappers who are carving out a unique space in Toronto’s musical narrative”. Messam is a Hollywood costume designer whose projects include the 2009 horror film Orphan, the BBC America series Dirk Gently’s Holistic Detective Agency, and the box office hit Creed.

Brewster lives in Toronto and has had her work exhibited internationally. Her art focuses on “Black presence located in Canada” and “the experiences of people of Caribbean heritage and their ongoing relationships with back home”. Blur is currently on view at the AGO in Toronto and the Agnes Etherington Art Centre at Queen’s University in Kingston. However, due to coronavirus concerns, both galleries are now closed to the public until further notice.

Blur allows Brewster to explore the “layered experiences of identity — ones that may bridge relationships to Canada and elsewhere, as well as to the present and the past”. Many of the blurred images are recent Caribbean immigrants to Canada. The photographs show the bewilderment, anticipation and preparation for the unknown. An experience common to newcomers to any country. “The artist compares this feeling to the gel transfer process she uses to create her images: she has a general sense of what will unfold, but the end result is still uncertain. The artist directs her subjects to move while she takes their picture. Then, using a gel medium, she transfers her image to a new surface, capturing changes in the creases and tears and empty spaces where ink does not adhere,” according to AGO.

In a profile in Canadian Art magazine when asked about the dissolving of Black narratives from the overall Canadian oeuvre, Brewster notes: “Black people have a way of holding back, keeping something to ourselves. There is power in that, in being able to conceal parts of who we are. Blur plays with and was inspired by all of the interpretations I mentioned: [how the works] explored movement and referenced migration and how the effects of migration may influence and inspire the formation of one’s identity here — whether the person was born elsewhere or is the child of a person born somewhere else.”

During the video, Rolfe and Messam roam through the Blur AGO exhibit identifying the images that most resonated with them. For Messam, Blur is, among other things, about temporality and how exquisitely the artist “caught that person in that moment.” For Rolfe, he is enamoured by the way the artist captures movement and transition, which “is such an important part of the human experience.”

Brewster’s Blur is layered and not easy to categorise. Is it photography? This uncertainly, however, connects the viewer and the subject through the motion, time and storytelling. Today, SO2 highlights pieces from Blur.