Wednesday 12 May
7°C and Scattered Clouds
Agnes will remain closed in compliance with the province-wide lockdown to curb the spread of COVID-19. All online programming will continue as planned.

Social networking in the age of Rembrandt 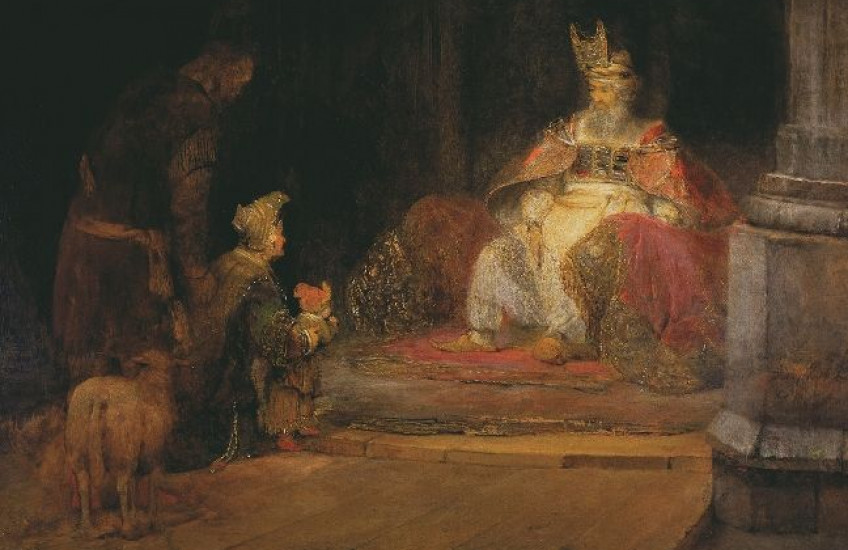 Something you may or may not be aware of is that the Agnes Etherington Art Centre (AEAC), on Queen’s University campus, has two genuine Rembrandt van Rijn paintings. This may not seem like that big a deal, unless you also consider that the AEAC is the only gallery in all of Canada that has more than one painting by the renowned 17th-century artist. It’s also worth noting that there are major galleries in Europe and the U.S. that, though they may have drawings and/or prints by Rembrandt, don’t have a single painting by the master (and that includes galleries in the Netherlands, his home turf). It’s quite a significant asset in our community.

The two Rembrandt paintings, both small portraits, were donated to the AEAC by Drs. Alfred and Isabel Bader along with (over the years) many paintings by other Dutch Baroque artists. This group of artworks constitutes the Bader Collection, and the artists represented are those who were Rembrandt’s contemporaries — students, friends, neighbours, associates, and even artistic rivals. Along with the high quality of the Art Centre’s other collections, the importance of the Bader Collection should not be underestimated, and it is no wonder that the AEAC capitalizes on featuring these works as often as possible in variously themed exhibitions.

Early in February the exhibition “Rembrandt’s Circle: Making History” was unveiled in the aptly named Bader Gallery at the AEAC, with 13 of the works in the show being exhibited for the first time. The focus of the show is history painting — works of art that portray an event from history, the Bible, or mythology. Until quite recently (relatively speaking) history painting was traditionally seen as the highest form of painting in a hierarchy of subject matter, with history painting at the top, and still life and landscape vying at various times for the lowest rung on the ladder. In this exhibition most of the paintings draw on subject matter from the Bible, primarily the Old Testament, with just a few having secular or mythological subjects.

If you’re not wholly keen on biblical subject matter you shouldn’t let that dissuade you from seeing this show. The subtext of the exhibition, which in fact overrides the historical narratives, is the emphasis on emotion portrayed by the figures involved in the stories represented. Rembrandt is noted as being one of the most unique narrators in the history of art. He worked at a time when the Renaissance was winding down, but when it still had tremendous influence on figural representation. Based on Classical ideals, the Renaissance (simply stated) fostered appreciation for beautiful bodies, proportion, order and symmetry, and frowned on excessive displays of action and emotion. Even in the subsequent Baroque period, with its theatrical, dramatic scenes, the faces of the principle characters are often curiously impassive, even if their gestures and actions are flamboyant and extreme.

Rembrandt changed all that. One of his most significant contributions to art was the convincing expression of profound emotion in his figures. He has been called the Painter of the Soul, and it was his (duly cultivated) ability to infuse his works with a sense of drama, along with the ability to penetrate the character and emotional state of his subjects, that was perhaps his most profound legacy. Rembrandt influenced a tremendous number of artists, who in turn passed on his lessons to others, and this influence may be seen in “Rembrandt’s Circle.”

These days there are dozens and dozens of social media networks that we can tap into electronically, but social networking is not a new thing by any means. The curatorial team that put this exhibition together provides a very interesting graphic that clearly illustrates Rembrandt’s social network. It’s like a graphic version of your LinkedIn or Facebook social network, showing the immediate associations, and secondary and tertiary linkages. Of course, unlike with modern social media, Rembrandt’s interactions and associations were made in person, in real time, with real people, and with profound results. Rembrandt himself borrowed the dramatic lighting (tenebrism, chiaroscuro) of the Italian Baroque artist Caravaggio, which he learned through other Dutch artists. To this he added an emphasis on inner emotion — seen clearly in the two small portraits — and this literally changed the face of painting in the latter half of the 17th century and into the 18th century.

In the narrative history paintings in this exhibition you can clearly observe the emotional response of characters in each scene as they react to, variously, angelic visitations, divine light, seduction, domestic upheavals, social and economic upsets, etc. Some are more successfully rendered than others, as might be expected, but all represent something new in painting that was fostered by Rembrandt and passed on to artists in his circle.

As influential as Rembrandt was, you can also see in this exhibition the influence of contemporary competing fashions of artwork inspired by Peter Paul Rubens and Jacob Jordeans, with quite different aesthetics. On the one hand you have Rembrandt’s style of dark, tactile, almost brooding, emotionally-charged works, as created by members of his circle. On the other you have a lighter, smoother, but still dramatic rendering by others of Rembrandt’s circle who also absorbed the lessons of Rubens emotion-imbued figures along with lingering classicism.

With Rembrandt as the linchpin and focal point of his social network, the exhibition hinges on Rembrandt’s emphasis on the expression of inner emotion, with narrative history paintings used — with greater and lesser degrees of success — as the vehicle. Several of the paintings shown here have never before been exhibited, and the show overall is an interesting thematic foray in the rendering of emotion.

Kamille Parkinson is the owner of Upper Canada Art Consulting (UCAC), specializing in Appraisal of Fine Art, Art Writing, and Art Consulting. She has a PhD in Art History from Queen’s University and is an International Society of Appraisers Accredited Member in Fine Art. Her website is www.uppercanadaartconsulting.com and you can also find UCAC on Facebook.