The influence of Rembrandt 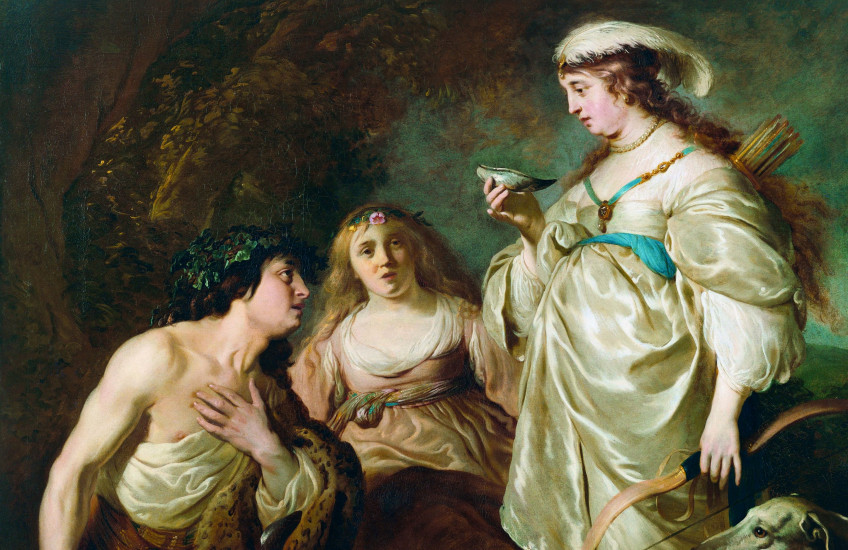 Rembrandt’s fellow travellers depicted contrasts of light and dark that provide an interesting diversion from the varied greys of a Kingston winter.

However, it’s not only this striking imagery that will awaken the average student from their slush-induced slumber.

The scenes on display at Rembrandt’s Circle: Making History, many of which are drawn from the Old Testament, depict life and death, salvation and “angelic interventions.”

Your typical Queen’s student facing weekly crises over due dates, breakups and hook-ups can put their struggles in perspective with portrayals of “ordinary humans transformed by contact with the divine.” A breakup might be devastating but it’s no encounter with the divine. Some of those hook-ups on the other hand …

The exhibition is worth a look if only because the Agnes Etherington Art Centre is the only gallery in Canada with two Rembrandts.

Queen’s stellar art gallery has been blessed with these two works thanks to the generosity of Alfred and Isabel Bader. While the days of “regular travel” are over for the Baders, according to a speech introducing the exhibition, their philanthropy ensures a strong presence on campus.

The exhibition succeeds in highlighting the circles of influence that blossommed during the “Golden Age” of Dutch painting. It isn’t just for those in the know about Baroque painters, however, as helpful plaques and informative graphics are provided.

The actual Rembrandts are diminutive compared to the other works on display and could be overlooked by a bumbling exhibition attendee.

Nevertheless, the strict contrast Rembrandt creates between the reverberating light of a man’s turban and the darkness of the background in Head of a Man in a Turban sets the standard for the works of those trained by the master. This crowd did not play the middle – angelic whites and sombre blacks are the norm in their painting.

The crestfallen gentlemen Rembrandt painted in Head of an Old Man in a Cap evokes human mortality in an understated and powerful way that influenced his apprentices.

Manoah’s Sacrifice by Govaert Flinck takes these themes – light and dark and human mortality – and runs a marathon with them. The monochromatic brown scenery in the background plays foil to the top left and middle of the painting where a black sky breaks and an angel appears.

Jan van Noordt’s The Massacre of the Innocents is a tableau that will be familiar to anyone who has attended an Aberdeen St. party. Jokes aside, Noordt takes Rembrandt’s standard and exaggerates it in this work. Rembrandt’s staid evocations of mortality pale in comparison to the chaos and slaughter on display.

Rembrandt inspired his students and contemporaries to create scenes that will break the monotony of your workweek or school day. Come for the Rembrandts, but stay for the epic work of those who learned from him.

Rembrandt’s Circle: Making History will be on display at the Agnes Etherington Art Centre until Nov. 30.