The Pathos of Mandy 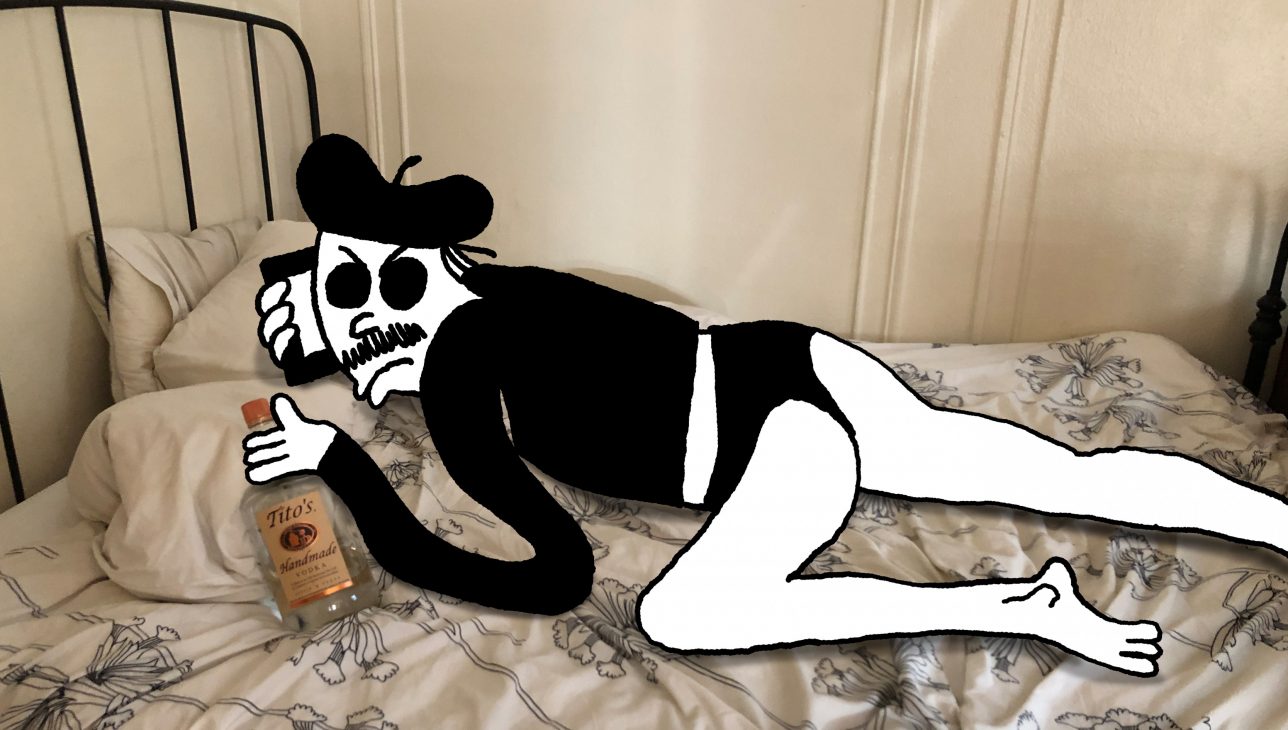 From Walter Scott, the artist and creator of the iconic graphic novel Wendy, comes a new character, Mandy. The Pathos of Mandy opens this week in Kingston

Walter Scott: My new video, called The Pathos of Mandy, is a mix of animation, live action and something I’m calling “expanded puppetry.” Mandy is a struggling male artist, more or less the man version of Wendy, who is a version of me. The autobiographical element is even stronger here, without it actually being me. Wendy is both likeable and unlikeable, but with Mandy I wanted to make a character who is very deeply unlikeable and see if I could make them likeable. He’s an exploded version of all the really selfish, horrible parts of myself, parodying the self-aggrandizement and self-obsession that artists entertain. It’s a tale of male-artist hubris and desperation. Mandy loses the rights to create moving images about a fictional character he has created and who is central to his career, sending him into an existential tailspin. He’s surrounded by his LA agent, his lover and his activist friends, and they all have different subjectivities that bounce off him. Mandy falls into this hole where he just reads a bunch of literature about alienation. That part is more of a montage. Something different in this project is that I am including images and interiors and backgrounds from my own life here in New York. I have this plan to go outside of the Whitney and film it, then later insert a little placard in front that says, “A Mandy Retrospective.”

Walter Scott’s The Pathos of Mandy is at the Agnes Etherington Art Centre, Kingston, from January 11 to April 12, 2020.

This is an article from our Winter 2020 issue, “Antimatter.”