Venues to rent for your next event 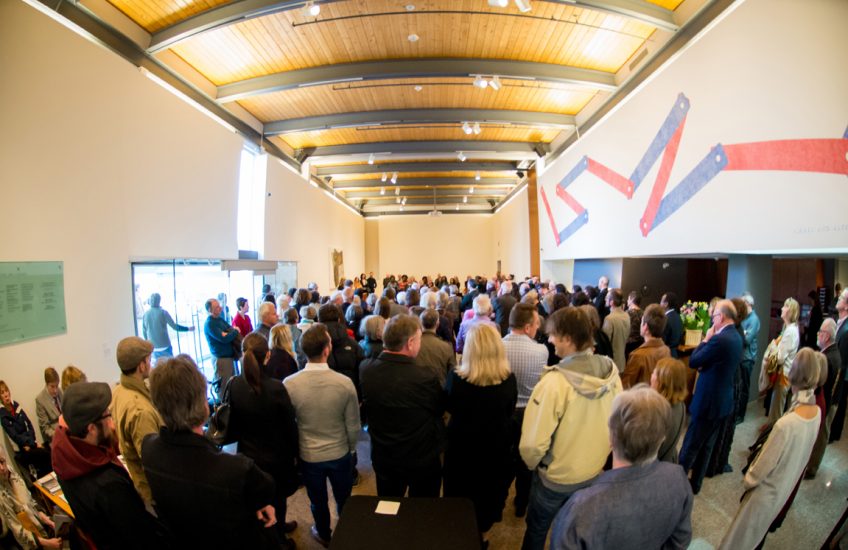 Anyone thinking of renting a space for their big event that is inspired by the arts should rest reassured: These venues can handle pretty much anything. Just ask Lauren Naus.

“We have the election coming here,” says Naus, the marketing and audience development manager of Factory Theatre, citing the Oct. 21 federal vote for Canada’s next government. “We’re actually going to be a polling station.”

Using rented spaces for events has been a long-standing tradition since people started gathering in community halls. As populations have increased along with aspirations, new types of venues are growing in demand as renters look for something different. Places can range from the more intimate to large concert halls and be as diverse as the events they host, which can range from weddings to corporate functions to shows.

The venues usually have the benefit of being one-stop shops and can help not only with space but also with technical requirements, ticket selling and catering.

“Toronto is such a growing city, just by sheer numbers and population alone and, as an increasingly metropolitan city, there’s a lot of action,” says Monica Esteves, the executive director of Canadian Stage.

“There’s a lot of parties, there’s lots of companies and corporations who are doing events and who are wanting to create memorable and unique events, so moving out of traditional event spaces and into something that has a story is an interest to a lot of people. There is an uptick that everyone is seeing on that front.”

Sylvain Landry, co-owner and director of the Thompson Landry Gallery in the historic Distillery District, says an artistic venue has an advantage for renters that might not be immediately obvious when they are considering a place.

He notes that not everyone coming to a corporate event, for example, knows one other and once in the gallery, they’ll often grab a drink and walk around looking at the eye-grabbing collection of legendary and contemporary Quebec art, usually getting engaged in a conversation about it.

“And then the ice is broken and everybody becomes friends around the art,” Landry says.

“The artworks on view throughout our spaces make a dramatic setting and serve as conversation starters,” she says. “The Atrium, for example, currently presents a bold two-part painting by Claude Tousignant and a newly commissioned installation by Toronto-based artist Sandra Brewster.”

Another advantage for renters looking at artistically inspired spaces is the richness of architectural styles and history many are steeped in.

For example, Thompson Landry has two galleries. The Stone Space not only has its stunning artwork but is also adorned with original distillery equipment from when whiskey was made there back in the 1800s. The Cooperage Space has exposed brick and plaster walls in its 4,300 square feet, which is a blend of the rustic and the sophisticated.

Allen says the most sought-after spaces at the Agnes Etherington are its spacious modern Atrium and the historic Etherington House.

“The former is a flexible, elegantly proportioned space for larger gatherings, talks, symposia, celebrations and ceremonies,” she says. “The gracious period rooms of the ground floor of Etherington House, with chandeliers, period furnishings and a Steinway piano, are a wonderful setting for brunches, intimate receptions or meet-and-greet events, dinners or discussion circles.”

Over at Canadian Stage, renters have the options of two theatre spaces, two lobbies and a rehearsal hall, all of which are suitable for theatre productions, corporate events, dinners and workshops in the Victorian building built in 1887 and formerly known as The Gas Works.

“It’s very welcoming,” Esteves says. “The brick and wood and kind of industrial steel are the three textural components in all of the spaces and they’re timeless.”

Factory Theatre’s Victorian building on Bathurst Street has been designated a heritage site.

“The building has a lot of character,” Naus says. “We’ve kept a lot of the historic elements.”

Some renovations have been done to meet theatre needs, she says, and up-and-coming indie theatre companies comprise a large part of the varied rental clients.

One of the great advantages for renters in the Toronto area is the variety of spaces, which can stretch from hundreds of seats to thousands.

Mervon Mehta, executive director of the prestigious Royal Conservatory of Music, says it filled a gap when it came onto the market 10 years ago. He points out that, while there were many great venues, there wasn’t one with 1,000 or so seats.

“We happily filled that spot,” he says, acknowledging that business has been brisk.

“Ever since we’ve opened we’ve been happily overrun with renters and they come in all shapes and sizes,” he says. “It really runs a gamut and, since we’re so centrally located and we really do offer a kind of soup-to-nuts service, people tend to flock here.”

As well, TO Live recently amalgamated three separate performing arts centres under its banner. Madeleine Skoggard, TO Live’s director of programming, says they offer everything from a studio theatre to Meridian Hall, formerly known as the Sony Centre, and the Meridian Arts Centre, which is the new name for the Toronto Centre for the Arts.

When thinking of renting a space, Skoggard says it is important to think about who your audience is.

“Maybe the space they think they want isn’t necessarily the right space for them,” she says. “That could be for budget reasons or maybe it’s just too big or it’s too small or it’s not in the right part of town.”

But she says renters shouldn’t be daunted because there is advice to be had for those seeking to hold an event. “We can help set it up in a way that it will be successful.”