“The taut thread…was the precursor of the drawn line of architectural design, whose straightness was compared to that of a ray of light. Sixteenth century treatises on perspective even depicted sight lines as lines of tightly stretched thread, but with loose ends that betrayed their nature.” —Tim Ingold

Canadian artists Chris Kline and Yam Lau present Weave, a two-person exhibition that reflects precise involvement in the fields of force of materials. In an unusual pairing, the artists’ respective works find surprising affinities: Kline’s tender and rigorous hand-coloured paintings contrast with Lau’s gliding cinematic movements through simulated space, but both artists are intimately involved with the entanglement of idea and substance, being and becoming, memory and form, especially as woven through or across screens.

We generally understand two sorts of screens in our daily encounters: the ones that work by opacity to block something out, providing privacy, for example, and the other sort of screens that give us a window into the visual world. As they appear in these artists’ works, screens shift between withholding and revealing, layering and disclosing unfolding intricacies. 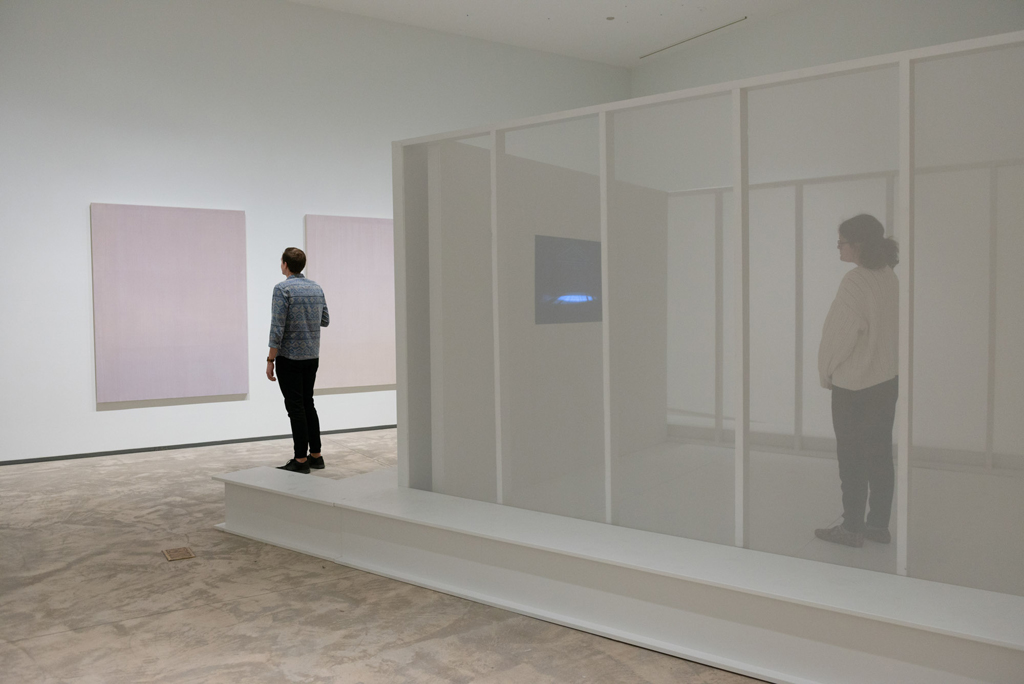 Chris Kline creates near translucent canvasses. His delicate watercolour markings are made visible only under close inspection, and, even then, are done so in a slow-revealing way. Born in Ontario, Kline attended Queen’s University (B.A. Honours) and the Nova Scotia College of Art and Design (NSCAD). His recent solo exhibition, Bright Limit, organized by Oakville Galleries, toured at the Southern Alberta Art Gallery. Kline has been a semifinalist in the RBC Painting Prize, and long-listed for the Sobey Art Award. His work has also been featured in the 2011 Quebec Triennial and can be found in the collection of the Art Gallery of Nova Scotia, Halifax, the Musée d’art contemporain, Montreal, and the Musée d’art de Joliette, Quebec, as well as private and corporate collections. The artist now lives and works in Montréal, QC.

Yam Lau is an artist and writer based in Toronto. He received his MFA from the University of Alberta and is now based in Toronto where he is an Associate Professor of Painting at York University. Lau’s creative work and research explore new expressions and qualities of space, time, and image. His most recent works combine video and computer-generated animation to re-create familiar spaces in varied dimensionalities and perspectives. In addition to his new media work, he is actively involved in the local art community. Certain aspects of his practice, such as using a donkey as an on-going mobile project space in Beijing, China, are designed to solicit community participation. The recipient of numerous awards from the Canada, Ontario and Toronto Arts Councils, Lau has exhibited widely across Canada, the US, and Europe. He also publishes regularly on art and design. 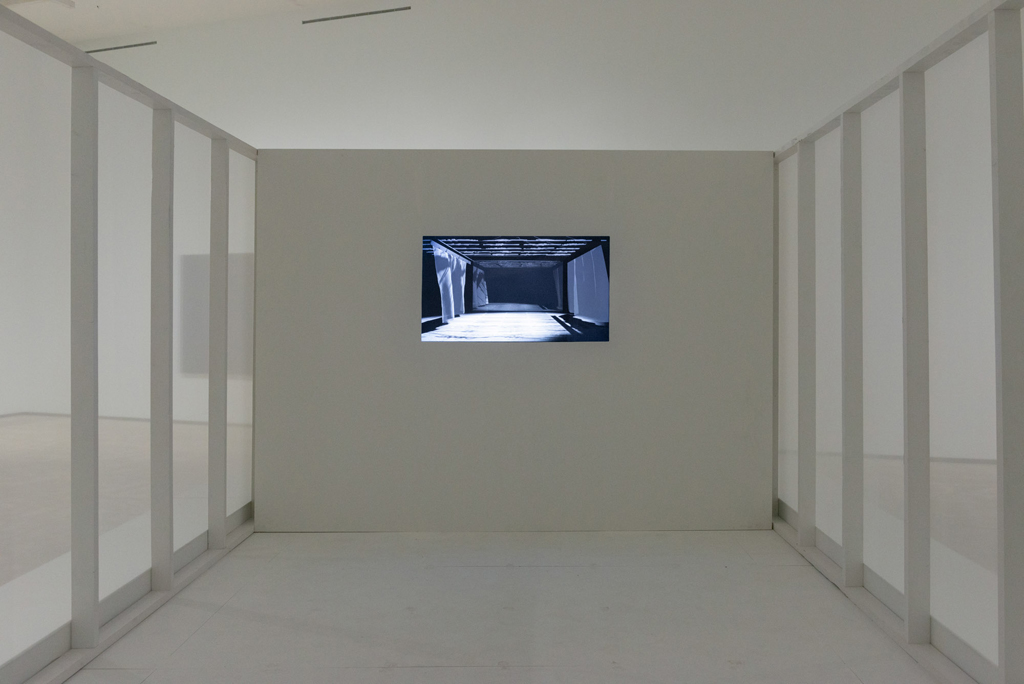 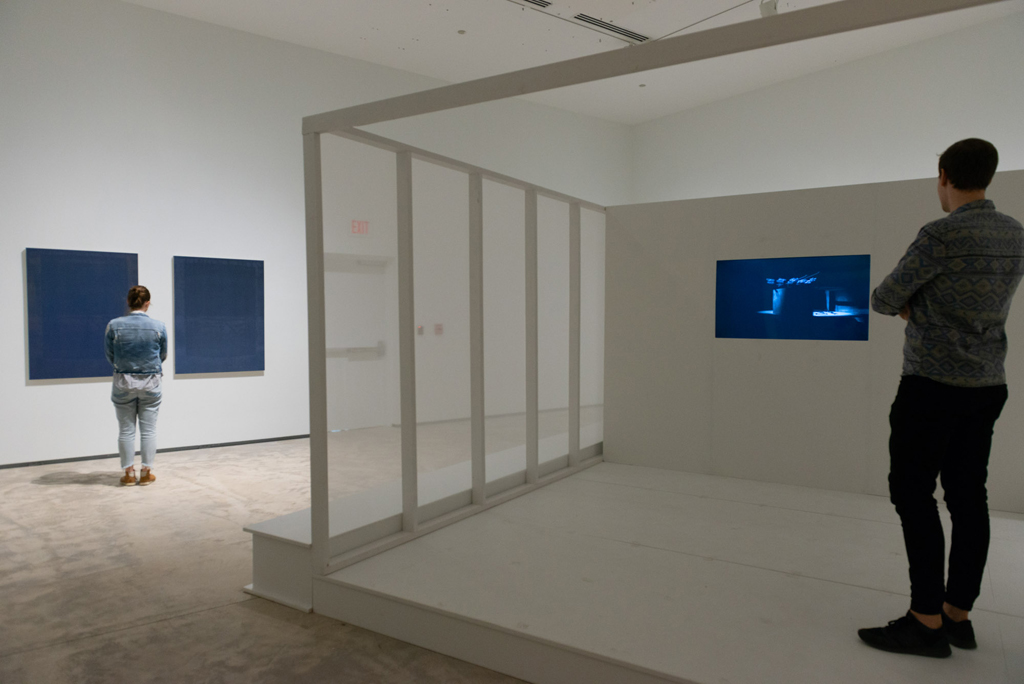 Stephen Horne is primarily an art critic, writing on contemporary issues in European, Canadian, and Asian art and has organized exhibitions in Canada, Germany and France. Stephen Horne publishes in a number of periodicals in Canada, the USA, Europe and Asia. His articles and essays are included in catalogues and anthologies in English, French and German and published by JRP Ringier, Dumont, YYZ, Plug In Institute and various art museums. He co-edited with France Chouinier the anthology Fiction, or Other Accounts of Photography (Dazibao, Montreal, 2000). A book of his essays, Abandon Building: Selected Writings on Art, 1992 – 2006, was published in 2007 (Press Eleven, Montreal). Horne has organized exhibitions in Canada, France and Germany, most recently Le Temps du Jardin, 2017, at Les Portes––Art Contemporain, near Aubusson, France. He was a professor in media arts at NSCAD University from 1979 to 2005, and at Concordia University, Montreal in the MFA Seminars Program from 1992–2000. He currently lives near Aubusson in Nouvelle Acquitaine and is researching the topic of inhabitation and materiality. Horne sees his work in criticism and curating as a “collaborative” practice.

Sunny Kerr is Curator of Contemporary Art at the Agnes Etherington Art Centre. The artists and curators together assemble an emergent space of values and experiences whose character testifies to the evanescent, the elusive, the resistant, and the poetic. The conversation between the works, the curators and artists lends itself to complementary entwining on several further levels: personal, institutional, global and art historical.