This 13-week residency (12 June–25 August and 16–28 September 2018) was designed as a rich platform for Lewis’s artmaking process, offering an opportunity for public and academic audiences alike to connect with her work and ideas. In the summer phase of the residency, Lewis was provided with a beautiful studio space in Ontario Hall. The works she created in Kingston were shown through the fall, alongside previous works, in her first institutional solo exhibition in Canada, Tau Lewis: when last you found me here, curated by Sunny Kerr.

Tau Lewis’s residency was generously supported by the Stonecroft Foundation for the Arts. Additional partnerships with the Queen’s University Department of Gender Studies through Dr Katherine McKittrick and the Queen’s Arts Fund–Visiting Artist in Residence and the BFA (Visual Art) Program allowed for further funding, broader hospitality and scholarly elaboration on the artist’s work. 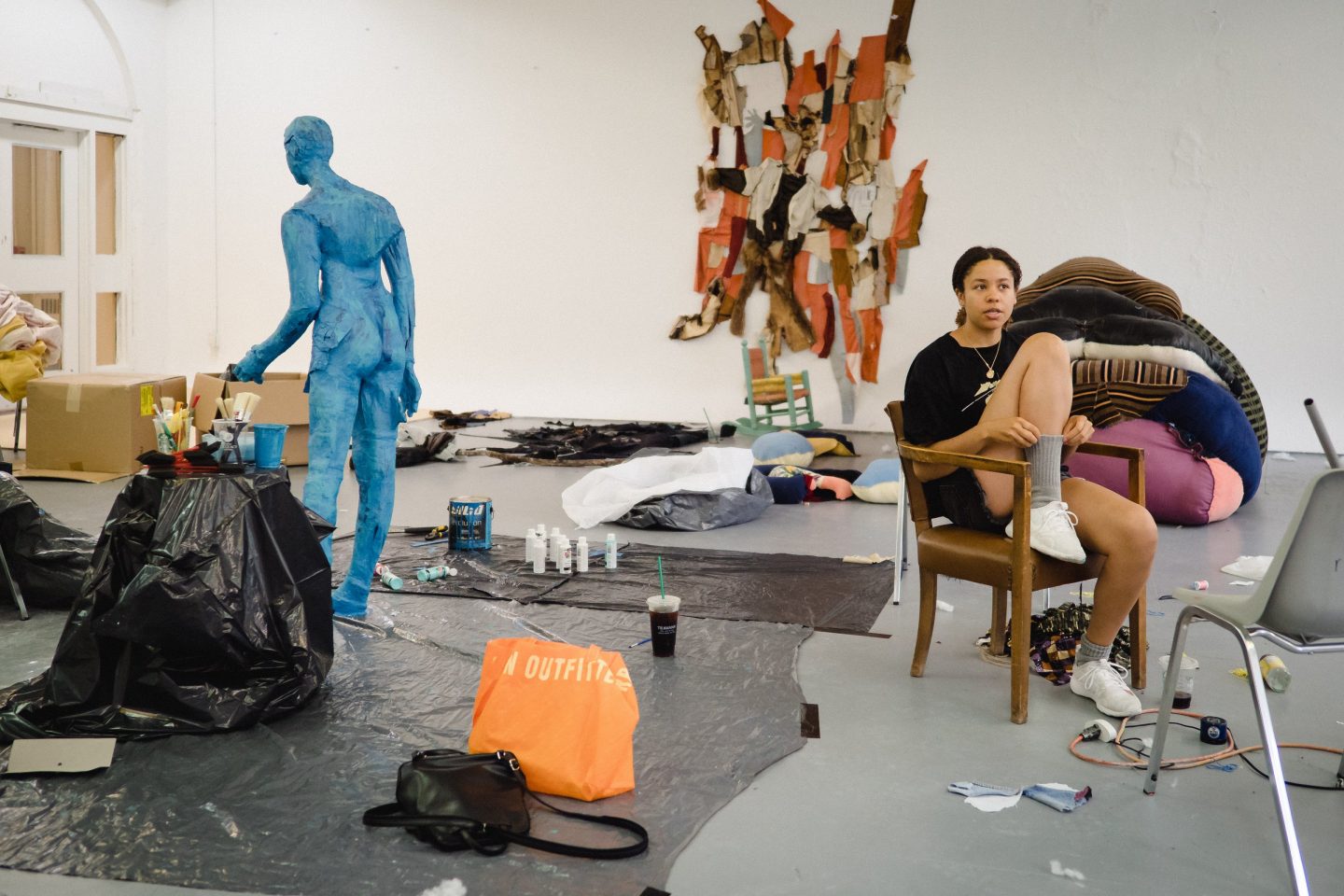 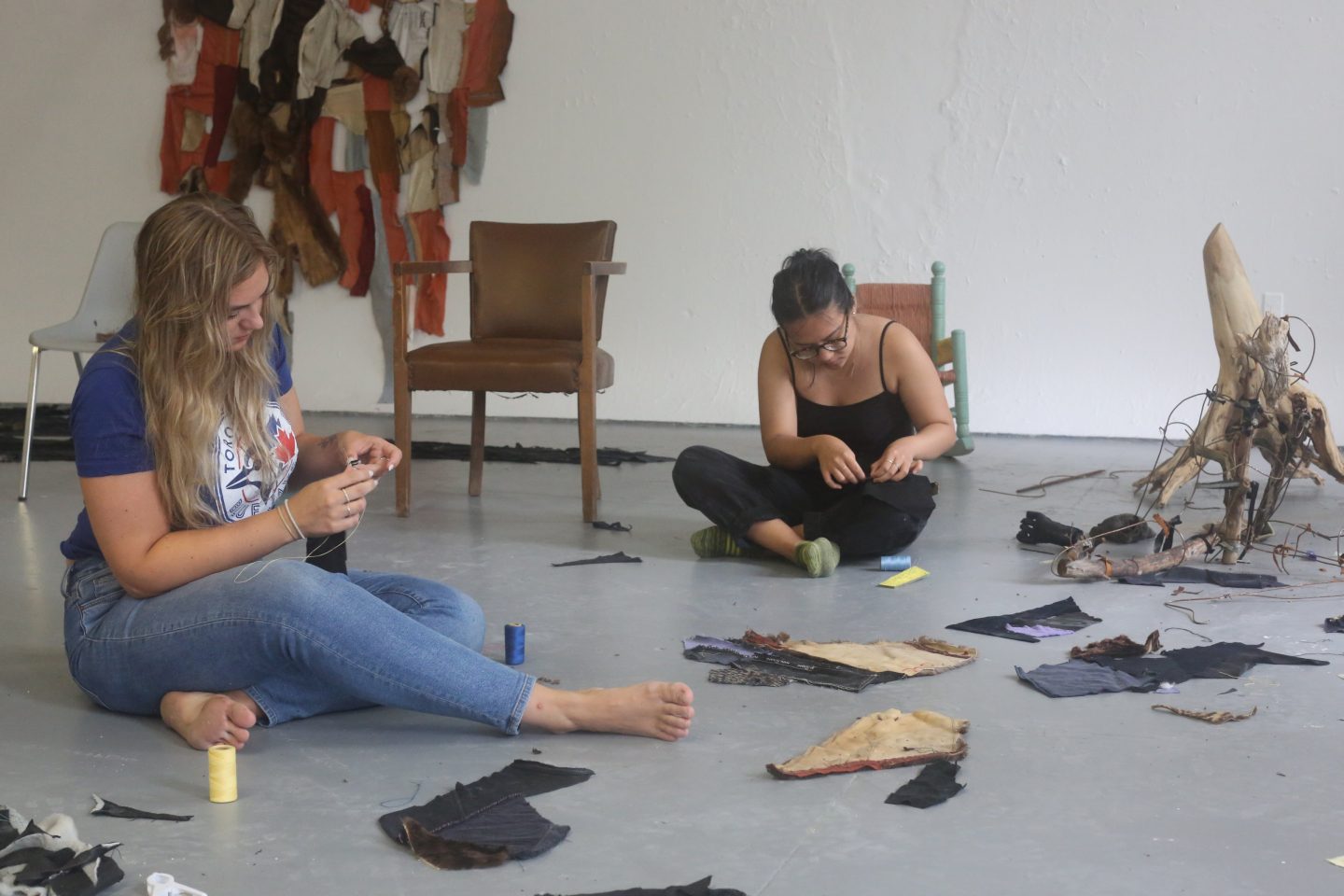 Tau Lewis’ self-taught practice is rooted in healing personal, collective and historical traumas through labour. She employs methods of construction such as hand sewing, carving and assemblage to build portraits. She considers the history and symbolism of each material, exploring the political boundaries of nature, identity and authenticity. Her work is bodily and organic, with an explicit strangeness. The materiality of Lewis’s work is often informed by her surrounding environment; she constructs out of found objects and repurposed materials, as well as live plants and organisms sourced from urban and rural landscapes. She connects these acts of repurposing and collecting with diasporic experience. Her portraits are recuperative gestures that investigate black identity and agency, memory and recovery. 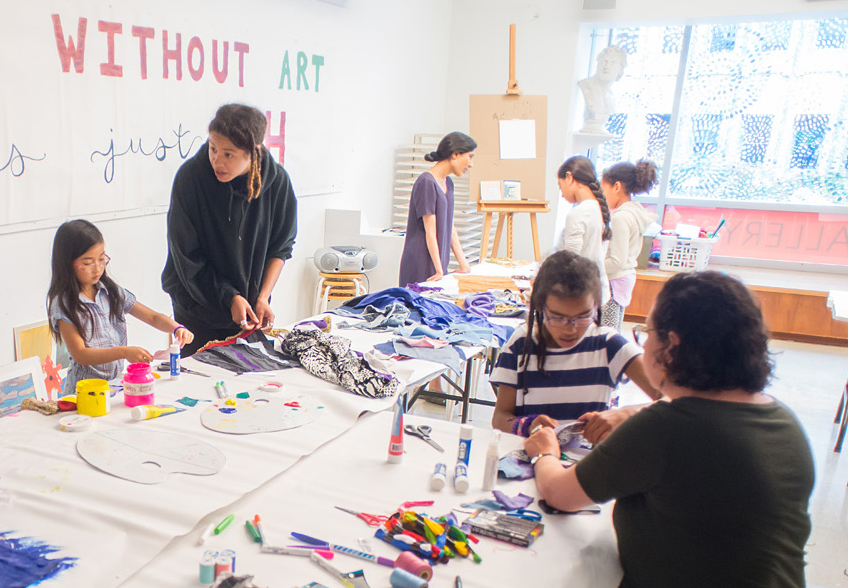 Tau Lewis leading a workshop with Kingston-based Roots and Wings, a grassroots community group that works towards making space for racialized girls in Kingston. 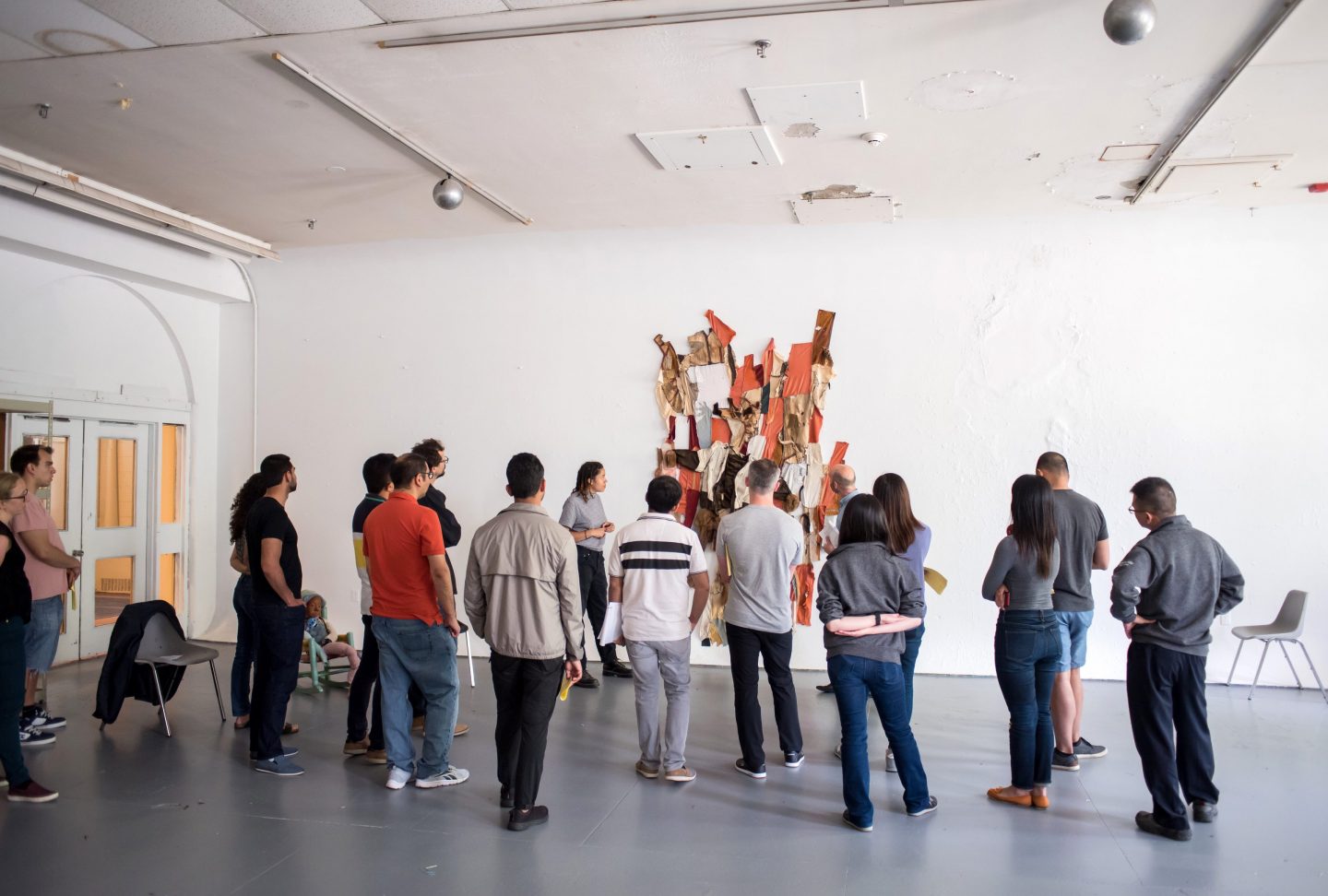 Tau Lewis presents her work and process during a session of Art Worlds: A User’s Guide. 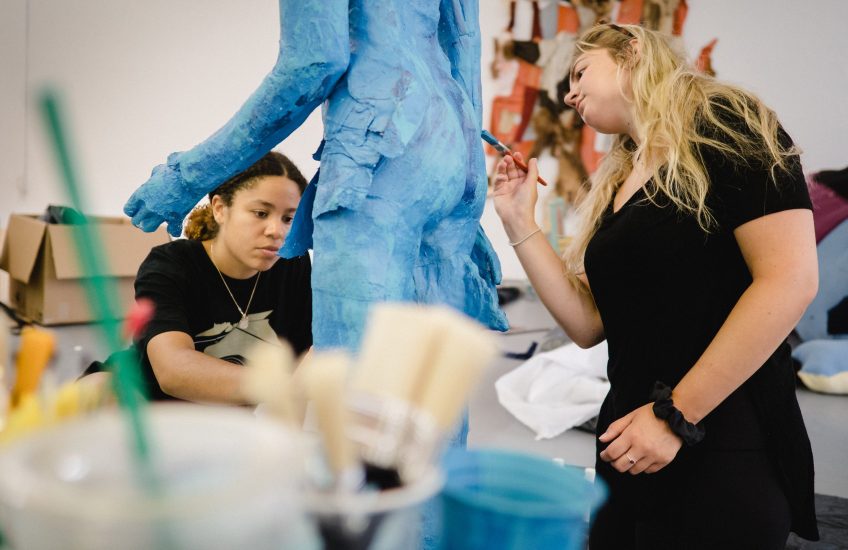 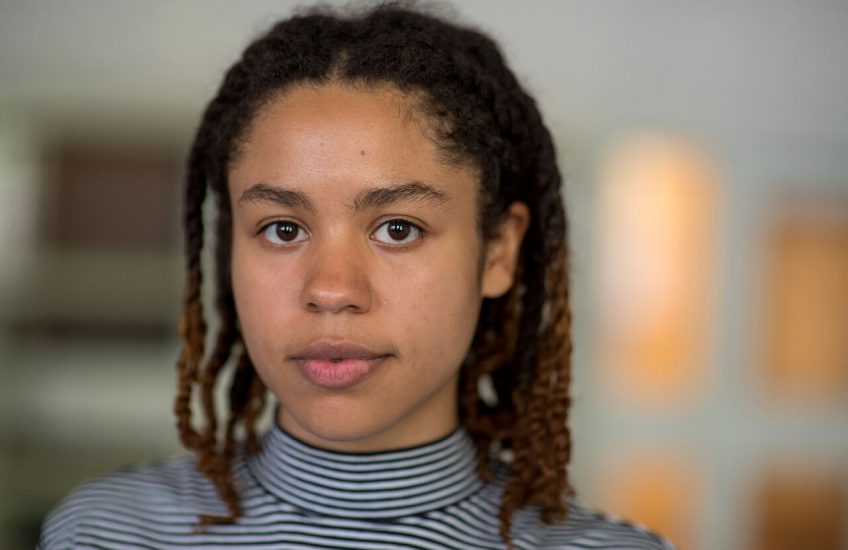 Audio
The Art of Her Craft: A Conversation with Tau Lewis 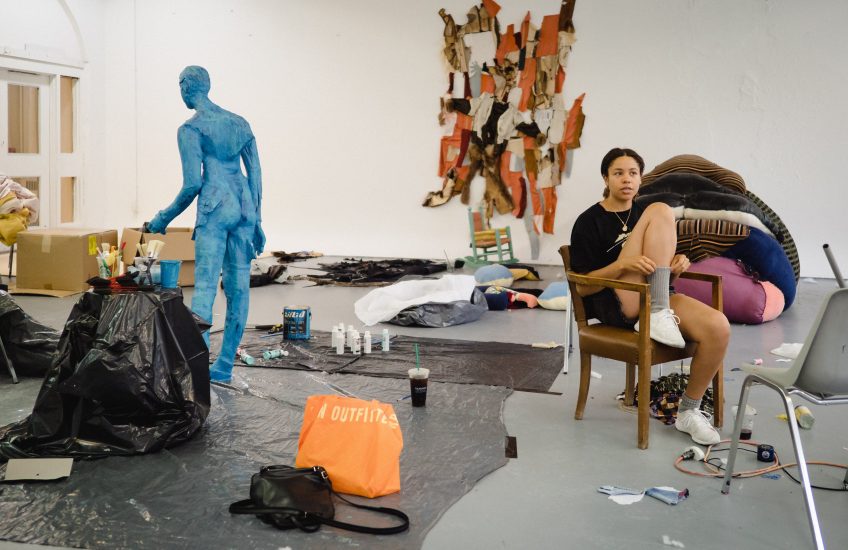 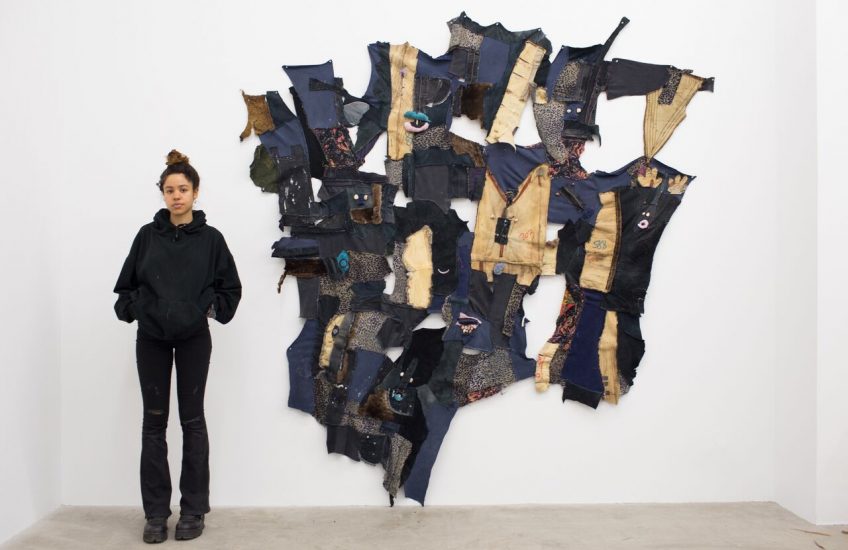 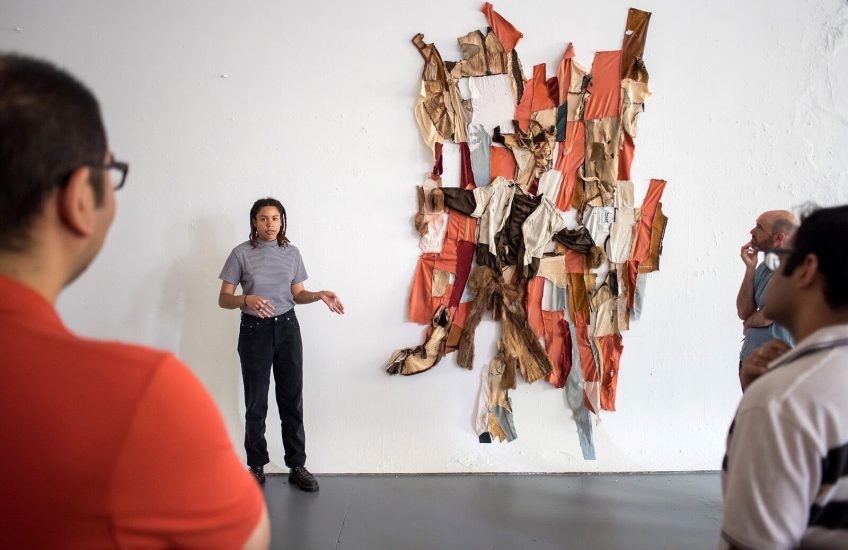 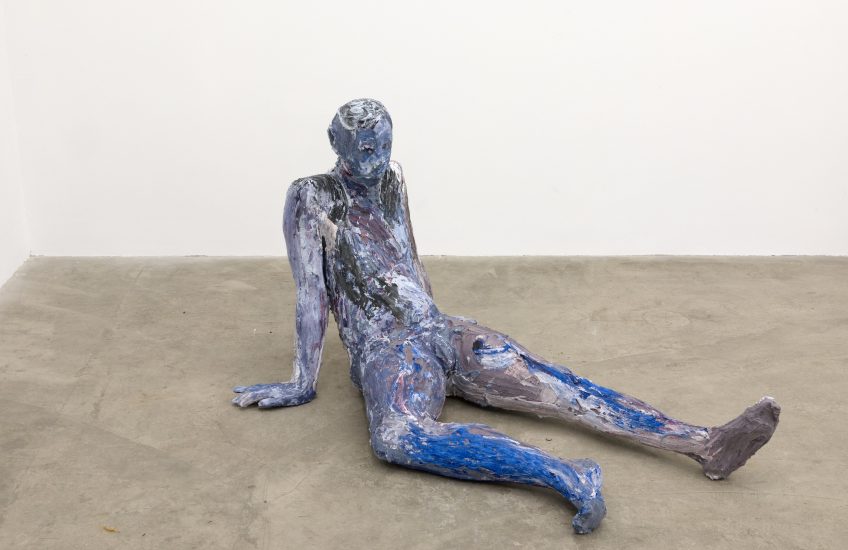 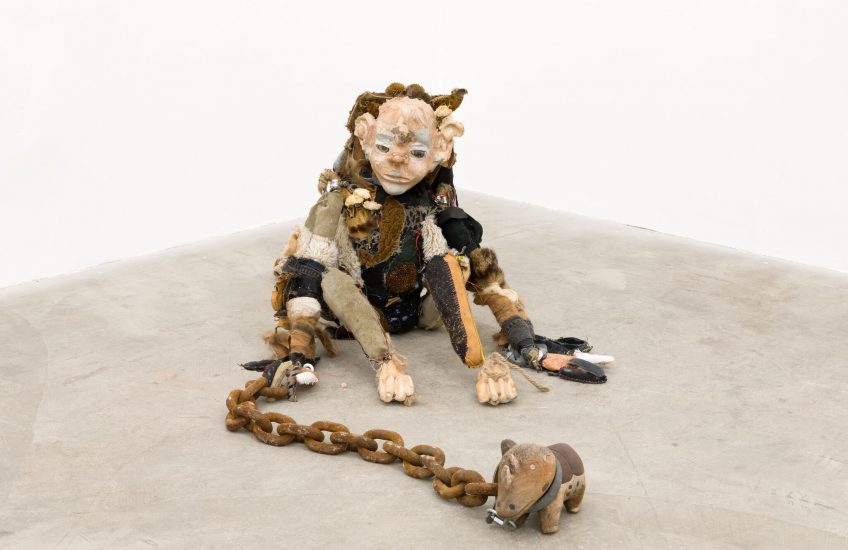 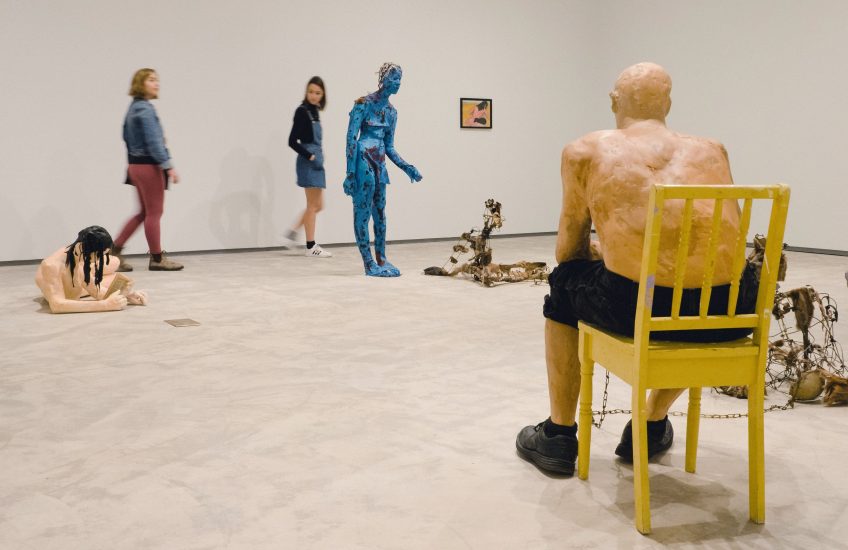 News Story
Tau Lewis and the Landscapes of Canada