Tuesday 20 April
3°C and Light Snow
Agnes will remain closed in compliance with the province-wide lockdown to curb the spread of COVID-19. All online programming will continue as planned.

ArtDocs:
A Partnership with The Screening Room 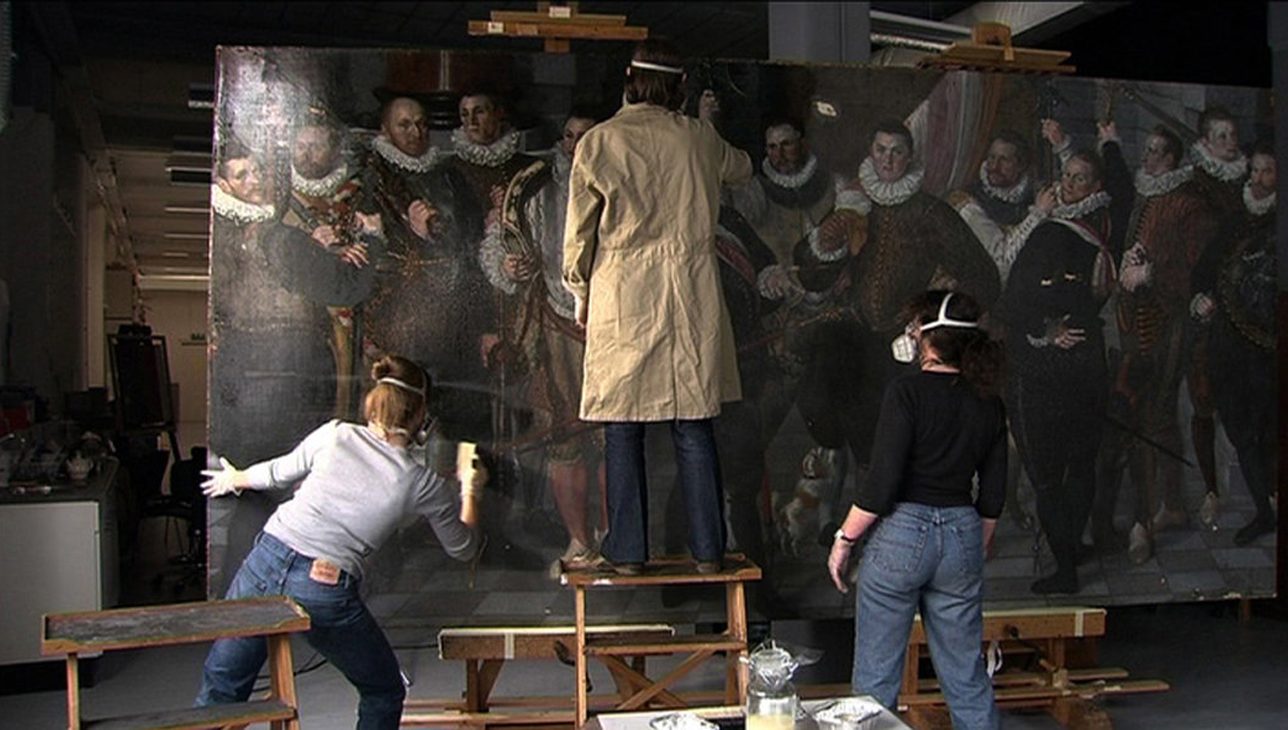 Have you ever wondered what it takes to refurbish a beloved national museum? This epic documentary tells the ten-year story of the renovation of the Rijksmuseum, one of the cultural treasure houses of the Netherlands and home to many paintings by Rembrandt van Rijn. Director Oeke Hoogendijk’s unique access captures the travails of directors, curators, staff, architects and even militant Amsterdam cyclists who did not want to lose their favoured route through the 19th-century building’s venerable arches. In spite of many bureaucratic setbacks, chronicled with sensitivity and humour in this engrossing film, the museum re-opened in the spring of 2013, and art-lovers are again pouring in to admire the creations of the Dutch Golden Age.

The New Rijksmuseum is the 2014 winner of the Beeld en Geluid IDFA Award for Dutch Documentary, whose jurors praised it as “A wonderful portrait that lets art conquer the mechanics of adversity.”

We’re pleased to partner with Kingston’s independent cinema, The Screening Room, in presenting this film. Dr Stephanie S. Dickey, Bader Chair in Northern Baroque Art, Art History Programme, Queen’s University, will give a short introduction to the film. It will be shown with an intermission, and beer and wine will be available. $10 General Admission / $8 seniors & students

Presented in conjunction with our new exhibition Artists in Amsterdam.

For more information and to read reviews of the film, please see www.filmstransit.com