Humour Me:
Laugh and Learn 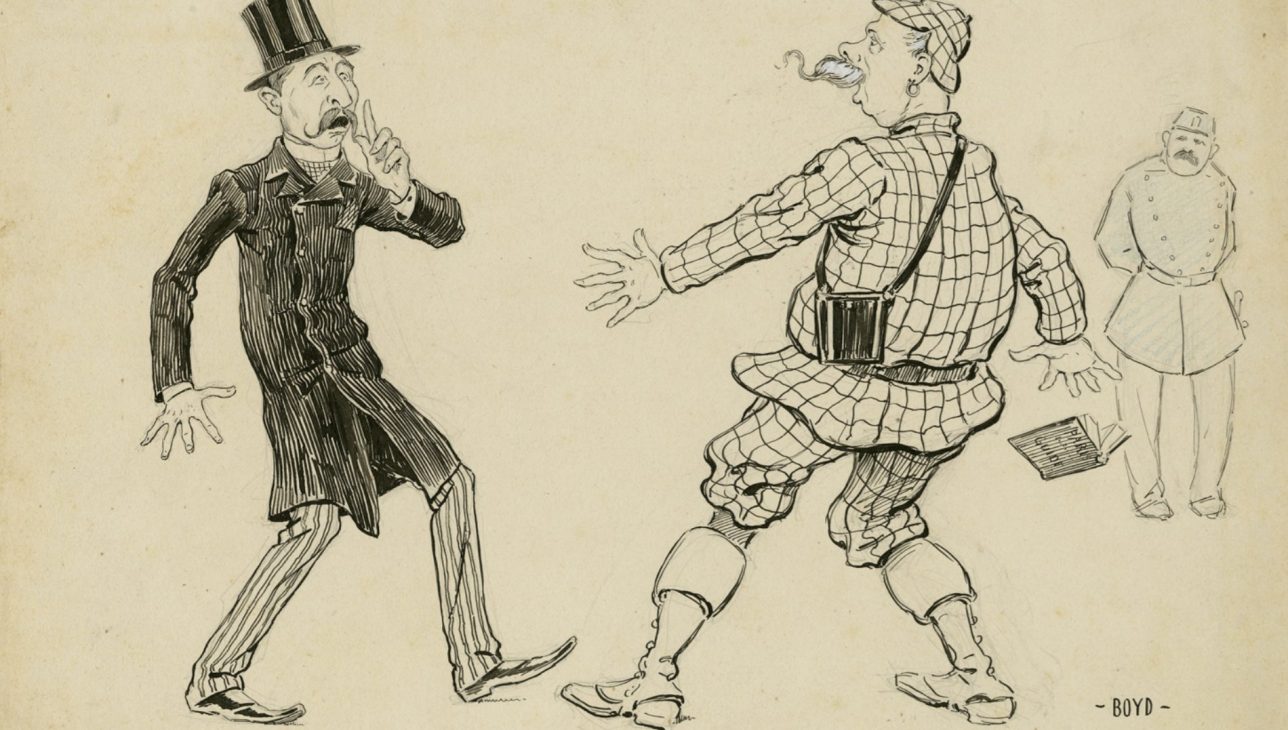 Join Kingston’s Trevor Strong, of the Arrogant Worms, and Humour Me curator Maxime Valsamas for a conversation around the themes and mechanics of caricature and humour. The evening also features a musical performance by Trevor Strong, followed by a Q&A.

Trevor Strong is a writer, performer, musician, and one-third of the music-comedy group, The Arrogant Worms, who have toured incessantly across Canada for thirty years. He has published three books, and written for several CBC radio shows, including the Irrelevant Show. He is currently completing his PhD in Education at Queen’s University and holds a Joseph-Armand Bombardier Canada Graduate Doctoral Scholarship. His research for his Master’s in Education degree focussed on humour in education and culminated in his guide, Understanding Humour a Teacher’s Handbook.

Maxime Valsamas received his PhD in Art History from Washington University in St. Louis in May 2020. His dissertation was on 19th-century French caricatures and political works and titled “Sustaining the Republic: The Power of Political Prints by Honoré Daumier, Édouard Manet, André Gill, and Alfred Le Petit.” Since joining Agnes in June 2019 as the Curatorial Assistant, European Art, he has contributed to the launching of the exhibition Leiden circa 1630: Rembrandt Emerges, served as a copy editor for the accompanying catalogue publication, organized the Rembrandt and Leiden: New Perspectives symposium, and curated the exhibition, From Tudor to Hanover: British Portraits, 1590–1800.