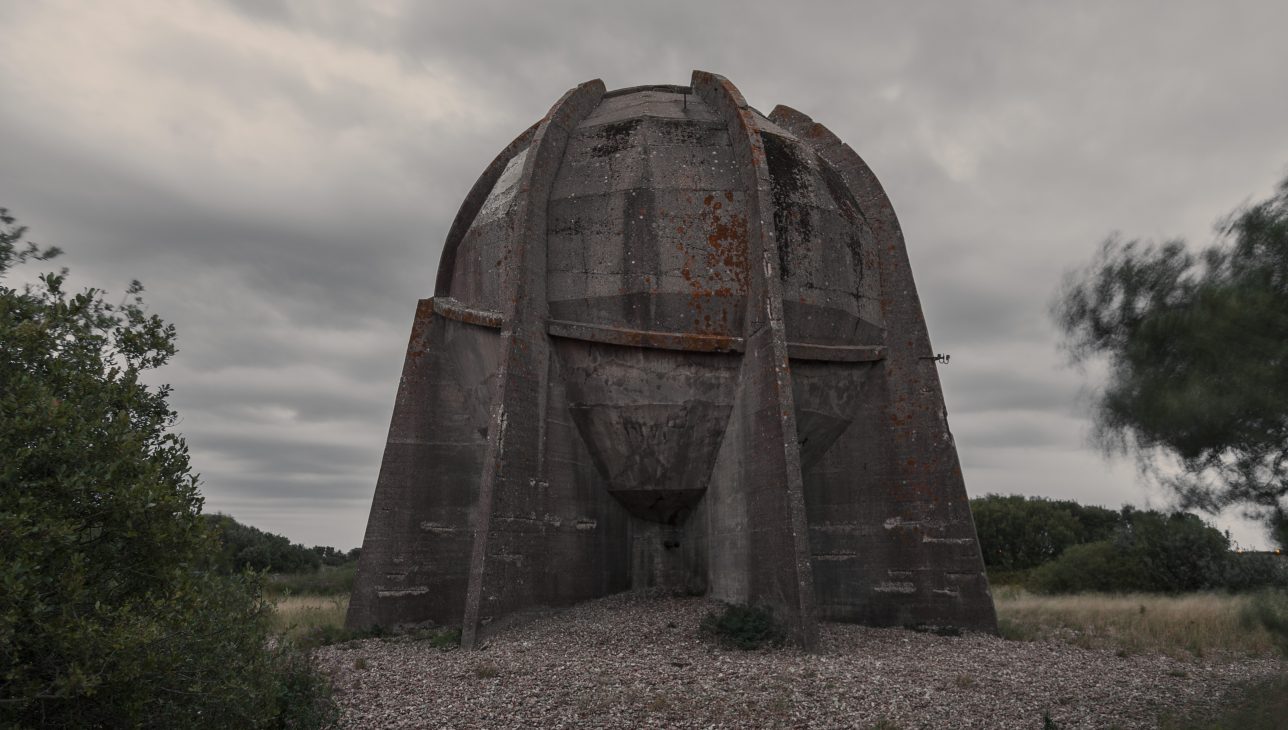 As an extension of the  exhibition, Monument as Ruin, Canadian artist Charles Stankievech and Queen’s Canada Research Chair in Surveillance Studies David Murakami Wood discuss signals intelligence in historical and political context. They will contextualize three types of early warning systems as an archeology of 20th-century warfare: Sound, Vision, and Electromagnetic, pre- and post-WWII. Discussion will range across aesthetics, science fiction narratives, and the necessity and abuse of spying in relation to architectures and infrastructures of surveillance from the Cold War to signals intelligence of today.

Charles Stankievech is an artist whose research has explored issues such as the notion of “fieldwork” in the embedded landscape, the military industrial complex, and the history of technology. His work has been shown internationally at the Louisiana Museum, Copenhagen; Palais de Tokyo, Paris; Haus der Kulturen der Welt, Berlin; MassMoca, Massachusetts; Musée d’art contemporain de Montréal; Canadian Centre for Architecture; and the Venice Architecture and SITE Santa Fe Biennales. His lectures for Documenta 13 and the 8th Berlin Biennale were as much performance as pedagogy, while his writing has been published in academic journals by MIT and Princeton Architectural Press.  Stankievech’s idiosyncratic and obsessively researched curatorial projects include Magnetic Norths and CounterIntelligence—both critically acclaimed as the top Canadian exhibitions of 2010 and 2014 respectively. From 2010–2011 (and again currently from 2014–15) he was hired as a private contractor for the Department of National Defence, where he conducted independent research in intelligence operations under the rubric of the CFAP. He was a founding faculty member of the Yukon School of Visual Arts in Dawson City, Canada and is currently an Assistant Professor in the Daniels Faculty of Architecture, Landscape and Design at the University of Toronto. Since 2011, he has been co-director of the art and theory press K. in Berlin.

David Murakami Wood is a Canada Research Chair in Surveillance Studies based in the Surveillance Studies Centre (SSC) at Queen’s University. As the world shrinks and societies grapple with the challenges posed by constant flows of people and goods, Murakami Wood’s research aims to move beyond a fatalistic acceptance of increasing surveillance. Instead, it helps comprehend the variety of potential responses to surveillance, offering new ways of understanding, debating, reacting to and controlling it. Murakami Wood is Editor-in-Chief of Surveillance & Society, the international journal of surveillance studies, and a founder-member of the Surveillance Studies Network. In 2006, Murakami Wood coordinated the influential Report on the Surveillance Society for the UK Information Commissioner (ICO)?and was part of the team for a short follow-up report which came out in 2013?and organised submissions to the House of Commons and House of Lords inquiries on surveillance. He is an Associate Professor in the Sociology Department at Queen’s University, Kingston, where he is also cross-appointed in the Department of Geography and part of the Cultural Studies program. He lives on an island in Lake Ontario.
Footnotes
Image Credits