Four launches and an unveiling 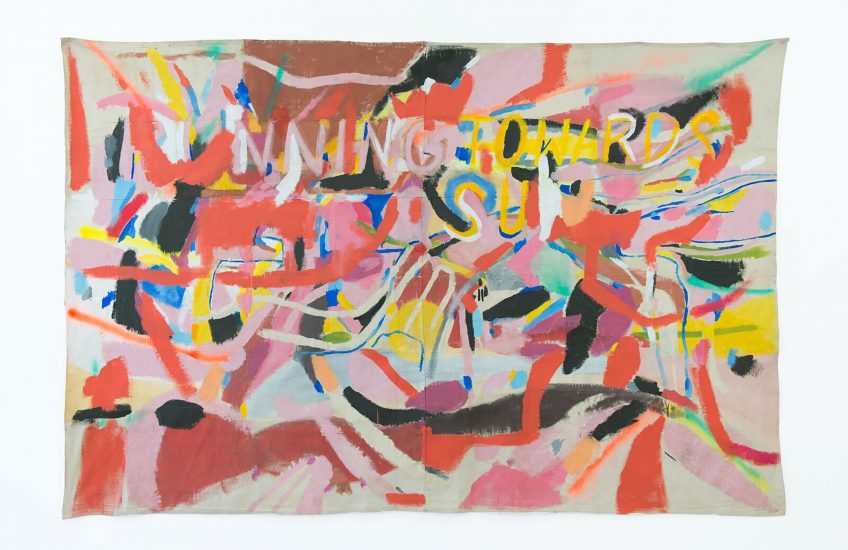 Four new exhibitions will be celebrated during the Spring-Summer Season launch reception at the Agnes Etherington Art Centre on Friday, May 3.

Visitors will be among the first to experience the raw, open, and playfully discursive Let’s Talk About Sex, bb; the imaginatively staged Stepping Out: Clothes for a Gallery Goer; the immersive media world of Kingston artist Emily Pelstring’s Any Saint; and the research-rich Puvirnituq Graphic Arts in the 1960s.

There will also be a special art-unveiling in The Bader Gallery.

The Members’ Preview is scheduled for  5-6 pm and will be followed by a public reception from 6-7:30 pm.

LET’S TALK ABOUT SEX, BB
This group exhibition, curated by Carina Magazzeni and Erin Sutherland, features new works, collaborative installations, performances, workshops, poetry, and film-based explorations that combine to create a narrative that expands the possibilities of sexual sociality. Let’s Talk About Sex, bb brings sex to the table to encourage open and raw conversations about our relationships to our own and each other’s bodies.

STEPPING OUT: CLOTHES FOR A GALLERY GOER
Gallery-going emerged as a public pleasure in Canada in the late 19th century and continues to be an engaging cultural activity. Stepping Out proposes outfits and accessories that one might wear to an art museum. Drawing upon the Queen’s University Collection of Canadian Dress, the exhibition features clothing, from the 1860s to 1970s, stepping through gallery spaces and intermingling with contemporaneous works of art. Talented unknown dressmakers are highlighted alongside Canadian and international designers such as El Jamon, Elsie Densem, Jonathan Logan, and Zandra Rhodes. From walking sticks and moody landscapes to mod dresses and video art, many objects are on view for the first time.

Stepping Out will be accompanied by a digital publication, launching in fall 2019, with feature texts on select garments by writers, curators and historians who have a history of working with the Queen’s University Collection of Canadian Dress.

ANY SAINT: EMILY PELSTRING
Summoned from slow shimmering animations, mystic beings emerge amid other barely-restrained spirits. Curated by Sunny Kerr, this solo exhibition by Emily Pelstring is a space for immersive, transformative viewing made with outmoded imaging technologies and simple special effects. With Any Saint, Pelstring refines her approach to DIY aesthetics, performance experimentation and humour to evoke mythic narratives, dispersing them across installation, animation and hologram.

Pelstring is a Kingston-based media artist whose work has been shown internationally in galleries, film festivals and music festivals, including Transmediale Berlin, Seoul International New Media Festival and L’Alternativa Independent Film Festival Barcelona. She teaches in the Department of Film and Media at Queen’s.

PUVIRNITUQ GRAPHIC ARTS IN THE 1960s
Bold and immediate, Inuit prints captivated the 1960s art world. The second community to initiate a print program in the Eastern Arctic was Puvirnituq, Nunavik. Featuring works on paper donated by Margaret McGowan (Artsci’78), Puvirnituq Graphic Arts in the 1960s shows the early years of printmaking in the community, including rare experimental prints made before its inaugural annual collection of 1962. Although printmaking in the community was discontinued in 1989, the images by Juanisialuk Irqumia, Leah Qumaluk, and other artists (eight in the exhibition) left an indelible mark.

The exhibition is curated by Alysha Strongman under the supervision of Queen’s National Scholar in Indigenous Art and Material Culture Norman Vorano as part of the Research Studentship in Indigenous Art.