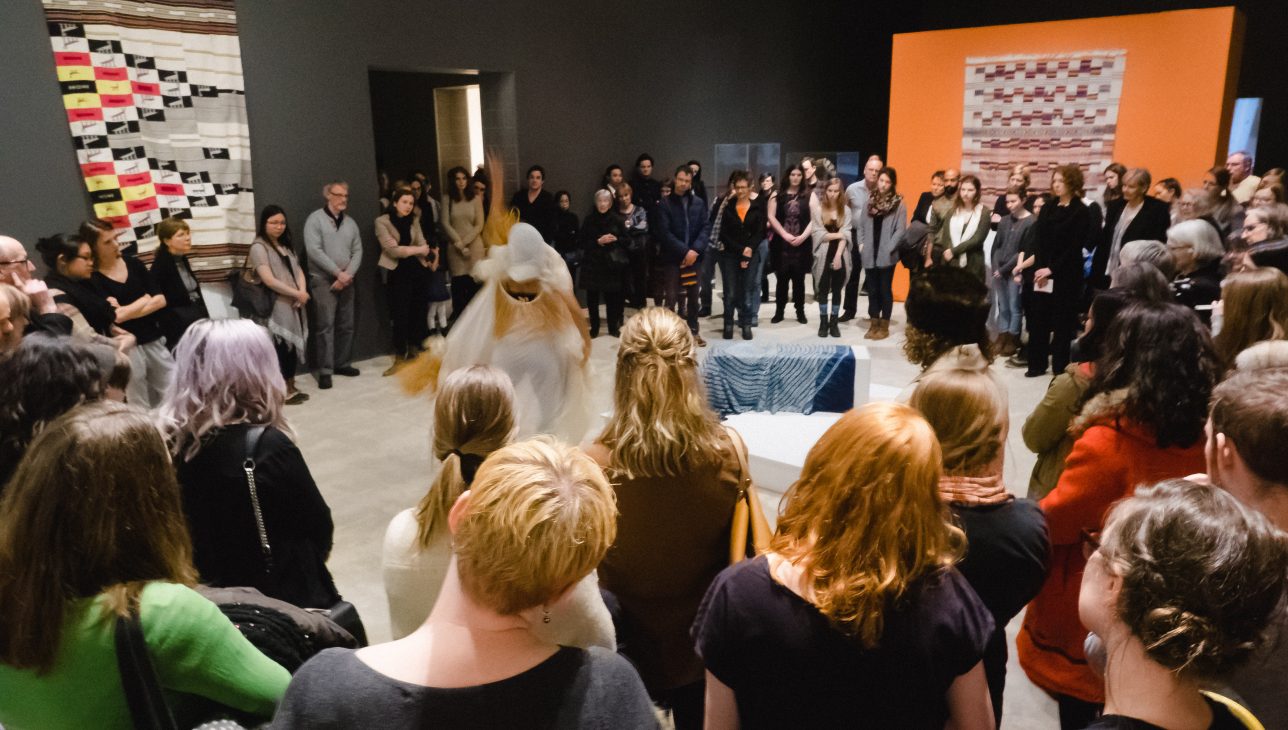 For the Winter Season Launch in 2016, Brendan Fernandes mesmerized audiences with In Touch, a solo dance performed in the galleries by Lua Shayenne. Photo: Tim Forbes 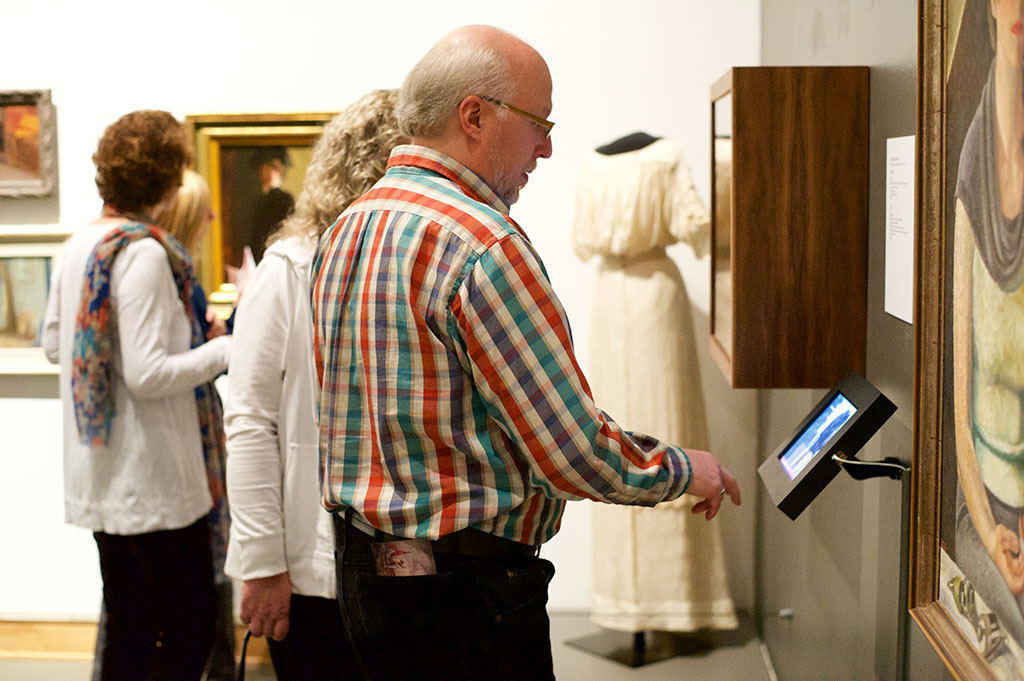 Visitors enhance their experience of the exhibition The Artist Herself through the online component. 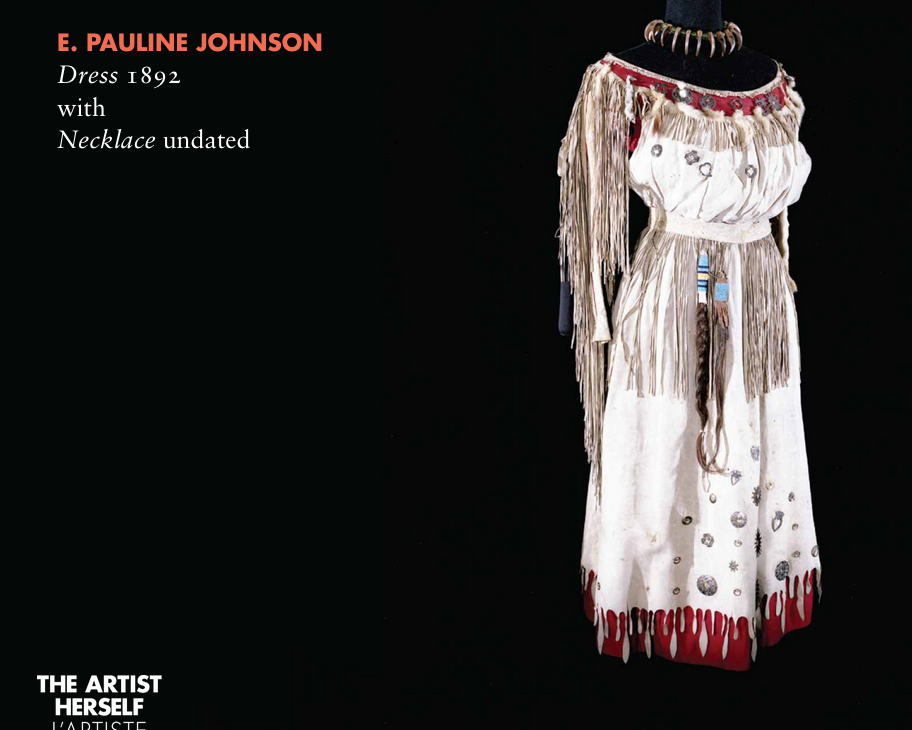 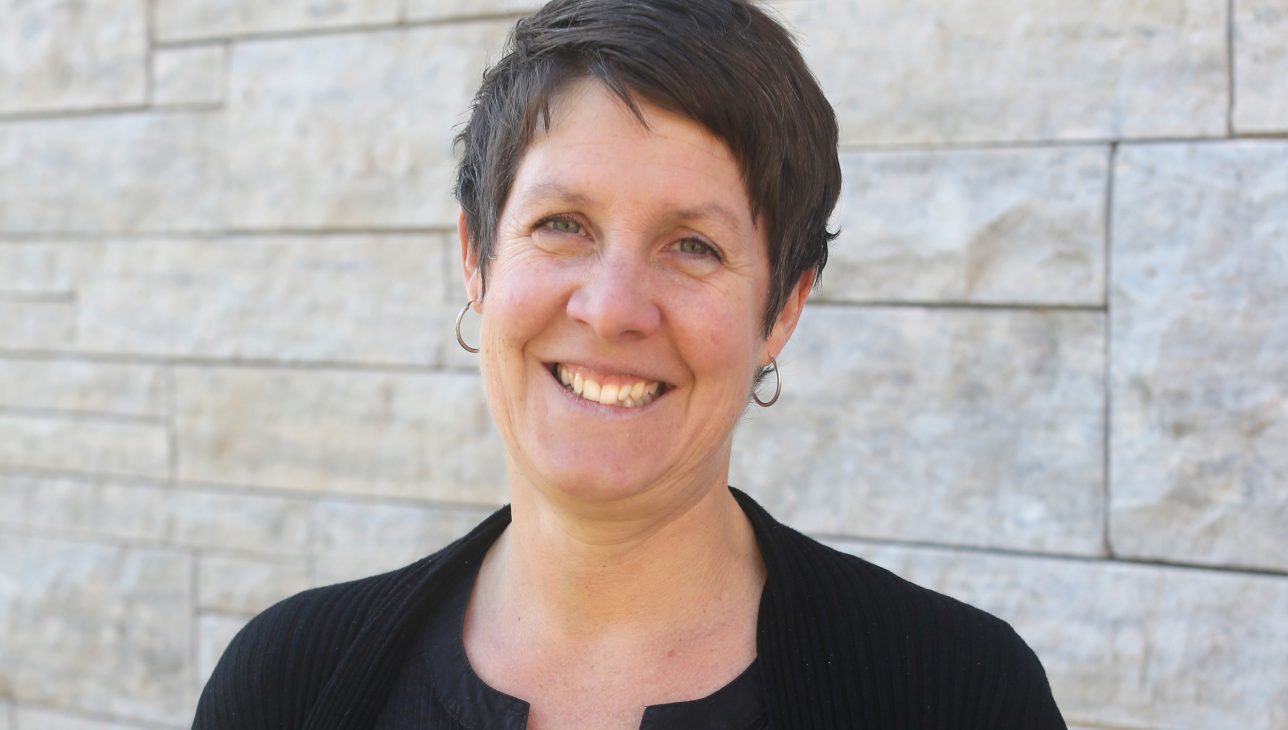 The Ontario Association of Art Galleries (OAAG) has honoured the Agnes Etherington Art Centre with three major awards this year: Innovation in a Collections-Based Exhibition Award, Digital Project Award and Colleague of the Year Award. The Innovation in a Collections-Based Exhibition Award was given to Brendan Fernandes: Lost Bodies, a contemporary art project that sprang from the Justin and Elisabeth Lang Collection of African Art. The Digital Project Award for design was awarded to Studio Blackwell for the interactive and online component of The Artist Herself: Self-Portraits by Canadian Historical Women Artists. Jennifer Nicoll, Collections Manager and Exhibition Coordinator, was named Colleague of the Year. The winners of the 39th annual OAAG Awards were announced on Thursday, 17 November 2016 at the Gladstone Hotel in Toronto.

The OAAG Awards are annual, province-wide awards for artistic merit and excellence. They recognize excellence in exhibitions, publications, programs and community partnerships produced by Ontario’s public art galleries over the previous year.

Agnes Director Jan Allen reflected on this year’s Awards, “Such peer recognition of the quality of our work is a fantastic achievement. I’m completely delighted. These awards point to the success of the whole Agnes team; their ongoing enthusiasm, generous efforts and commitment to excellence are making an impact.”

INNOVATION IN A COLLECTIONS-BASED EXHIBITION AWARD

Collection-based exhibitions are platforms for vital conversations. Lost Bodies brought artist Brendan Fernandes’s visual and choreographic work into dialogue with two of the country’s best collections of African art: The Justin and Elisabeth Lang Collection of African Art at the Agnes and the collection of the Textile Museum of Canada (TMC). From these collections, Fernandes selected objects with origins in former French West Africa and reconsidered them in a set of new video, print and spatial intercessions. He explored their postcolonial dynamics through ballet—a form of courtly deference that itself became professionalized in colonial France. Drawing upon his background as a former dancer, Fernandes attempted to invoke the lived experiences lost to African objects by mixing the legacies of this pivotal colonial moment. By re-articulating museum display through classical dance, Fernandes’s intervention allowed works from the Lang and TMC collections to perform differently—sometimes positioned as looking subjects, as bodies of queer mash-up, or as the objects of long overdue deference. The exhibition galvanized large audiences and invited new forms of participation across disciplines and in the wider community, and was a site for rich dialogue about museums, audience and postcolonial ethics and aesthetics.

The Digital Project Award is a design prize awarded to Kelsey Blackwell and Jonathan Gallivan of Studio Blackwell, Toronto, for the interactive and online component of The Artist Herself: Self-Portraits by Canadian Historical Women Artists, co-curated by Alicia Boutilier and Tobi Bruce and co-produced by the Agnes Etherington Art Centre and the Art Gallery of Hamilton. Pat Sullivan, Public Programs Manager at the Agnes, and Alicia Boutilier compiled the interpretive material for the digital project. Visitors to The Artist Herself were invited to learn more about three works in the exhibition: Pauline Johnson’s Performance Costume, Lady Marie-Reine-Josephte Belleau’s Sentiment Album, and Marion Wilson’s and Margaret Frank’s Button Blankets. This interactive component remains available on the Agnes website today. Studio Blackwell created a gorgeous, fluid online space that sensitively expanded on the exhibition content, bringing life to the extraordinary material culture of this exhibition.

COLLEAGUE OF THE YEAR AWARD

Through almost ten years at the Agnes Etherington Art Centre, Jennifer Nicoll has excelled in her dual role as Collections Manager and Exhibition Coordinator. While significantly advancing the storage rationalization and digitization of the Agnes collection of 16,000+ works, she has smoothly coordinated numerous loans, acquisitions and exhibitions. In addition, she has conscientiously and generously mentored future young professionals in the field of museum exhibitions and collections management. Under her guidance, students, interns and volunteers have gained hands-on experience in digitizing, inventorying, cataloguing, condition examining and re-housing collection and exhibition objects. This award recognizes Nicoll as an astute and thoughtful administrative powerhouse who always takes the time to further her professional knowledge, and to nurture and share with others.